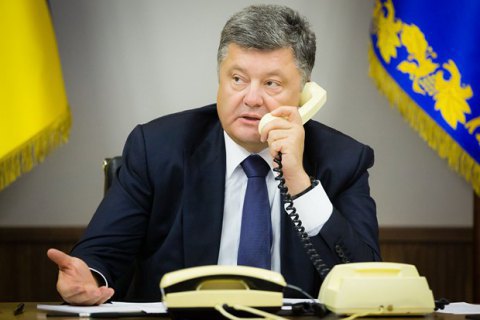 According to the press service of the Ukrainian president, the conversation of Poroshenko, Russian President Vladimir Putin, Merkel and Hollande will focus on the peaceful settlement of the Donbas stand-off.

Apparently, the "Normandy format" will discuss the idea of placing the OSCE police mission for the time of local elections at the Donbass territories not controlled by Ukraine. Last week, the OSCE announced preparedness to realize this idea, provided there is consent of all involved parties.