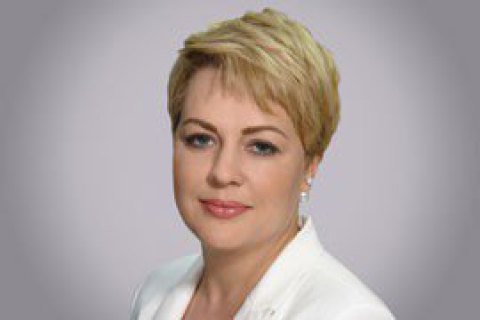 Ukraine's ambassador to the United Kingdom of Great Britain and Northern Ireland, Natalya Halibarenko, has addressed the UK authorities with an open letter to report "continuous provocative and disgraceful behaviour" by UK citizen Graham William Phillips.

Phillips, who mostly resides on temporarily occupies territories of Ukraine and is vocally supportive of pro-Russian separatists, has recently caused an outrage by the way he talked to a heavily wounded and nearly blind Ukrainian man who used to be held hostage by the militants.

"Recently in front of OSCE representatives, humanitarian organizations and mass media this self-proclaimed journalist tried to disrupt a release from Russian captivity of the Ukrainian citizens. When speaking disgustedly to one of the exchanged Ukrainian prisoners – a civilian non-combatant, badly injured by Russian booby-trap device person, blinded, maimed and imprisoned for more than a year by the pro-Russian terrorists, Mr. Phillips resorted to caddish harassments and insults about the disabilities of that person. Such behaviour is disgraceful and humiliating," the ambassador said.

According to Halibarenko, "Philips’s constant and explicit support of the activities of pro-Russian terrorists in the occupied territories of Ukraine and the demonstrated impunity has caused recently a wide resonance in the Ukrainian society and media and resulted in the petition of Ukrainian and British citizens to the Prime Minister of the United Kingdom to investigate and prosecute Mr. Philips to the full extent of the UK laws for his reported terrorist ties and unlawful activities in Ukraine."

"In this connection I would like to ask the British side to take all possible measures including with regard to his travel documents to stop Mr. Phillips’s propaganda work for the Russian occupation authorities in Ukraine and for him to leave our country for good," she said. "By his action Mr. Philips damages high standards of British journalism."