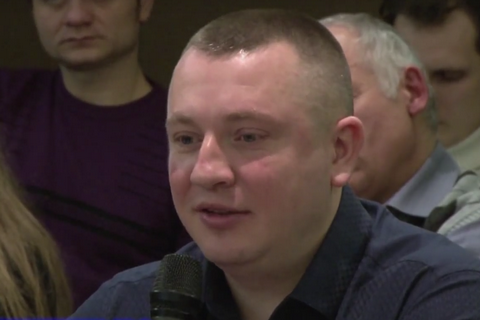 The leader of the anti-Maydan pro-Russian group Oplot, Yevhen Zhylin, was shot dead by an unidentified attacker in a restaurant in Moscow suburbs late on 19 September, several sources have reported.

His companion, identified as Andriy Kozyrev, was heavily wounded and rushed to a hospital.

In Ukraine, prosecutors suspected Zhylin of laundering money through fake companies, while the Security Service of Ukraine (SBU) was checking him for financing terrorism. He was also officially suspected of kidnapping people, robbery and hooliganism.

Oplot is a Kharkiv-based NGO based on the eponymous fight club. Ukrainian Interior Minister Arsen Avakov said that Oplot abducted and tortured Maydan activists during the Revolution of Dignity. Oplot activists were suspected of involvement in setting cars on fire in Kyiv.

One of Oplot's leaders, Oleksandr Zakharchenko, is the leader of Donetsk separatists.