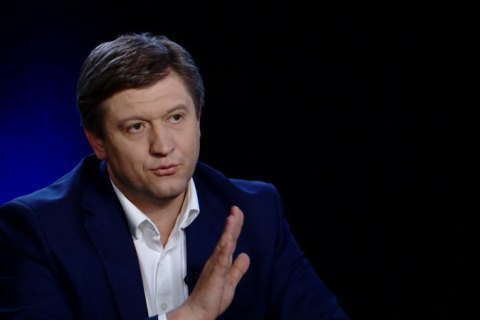 Finance Minister Oleksandr Danyluk said in an interview to Sonya Koshkina on the Left Bank talk show on 19 December that he expected the 2017 budget bill to be adopted on 20 December.

The minister declined to prognosticate, however, whether the Rada would in fact pass the bill.

He also dodged the question whether the representatives of the Cabinet of Ministers will stay in the hall of the Verkhovna Rada to the last.

"Should the members of the government have a couple of votes [it would make sense]. The MPs, unfortunately will have to [sit to the last]," Danyluk said.

In the meantime, LB.ua has learned that the IMF board of directors is scheduled to meet on Friday, 23 December, to discuss granting the next tranche to Ukraine in January.

Earlier, Oleksandr Danyluk said that the nationalization of Privatbank and adoption of 20 17 budget bill would help a "closer cooperation with the IMF and obtaining the next tranche."

In September 2016, Ukraine in the framework of cooperation with the IMF on the four-year Extended Fund Facility (EFF) received the third tranche of 1bn dollars. The two previous tranches came in 2015.

Ukraine had hoped that the IMF before the end of 2016 will review of the loan program and allocate the fourth tranche worth 1.3bn. This never happened due to the delay in the adoption of the state budget.