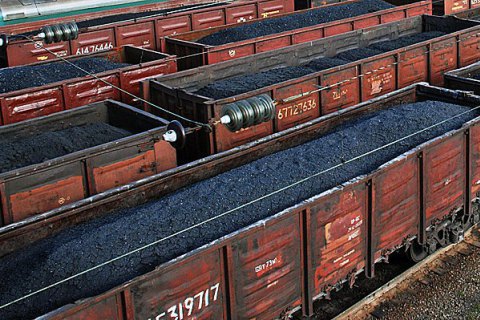 Prime Minister Volodymyr Groysman suggested the creation of an electronic marketplace for trading in coal along the lines of the system of public procurements ProZorro.

Speaking to a government meeting on Tuesday, 21 February, the prime minister suggested that energy and coal ministry developed by fall "an electronic marketplace to trade in coal from South Africa, Ukraine, Poland, and other countries."

In Groysman's opinion, the policy will make the formation of energy prices transparent.

In the meantime, Ukraine in mid-term has no alternative to anthracite coal from the occupied territories in Donbas, he said.

The national energy regulator, NCRECU, late last April adopted a new method of formation of forecast wholesale market price of energy. The procedure involves determining the price of coal by the formula "the price in the port of Rotterdam (API2) plus delivery charges to Ukraine".

In other words, Ukraine buys coal from Ukrainian producers at the price of fuel in the Dutch port of Rotterdam (South African or American coal transported by sea) plus the fictional cost of transportation from Rotterdam to Ukraine and the handling of such coal in seaports.

The government has recently harshly criticised the application of this formula to Ukrainian coal.