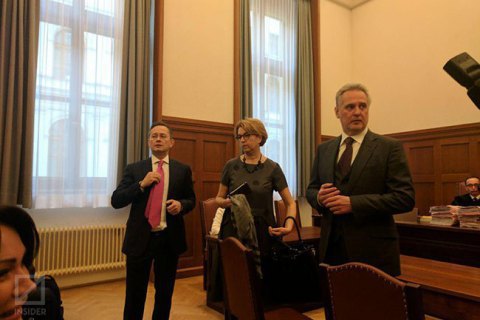 On Tuesday, the Vienna Higher Regional Court began consideration of the US appeal against the decision of an Austrian court to refuse the extradition of Ukrainian businessman Dmytro Firtash, the Insider reported on 21 February.

After the court announces the essence of ruling of the first instance, the prosecutor's office, which supports the US appeal, will argue on behalf of the plaintiff. Firtash's lawyers and the defendant will speak the last.

The trial is attended by the ex-COB of Rodovid Bank Denys Horbunenko, the head of Firtash's Group DF Borys Krasnyanskyy, the chief of the Inter TV channel Hanna Bezludna, and the defendant's wife Lada.