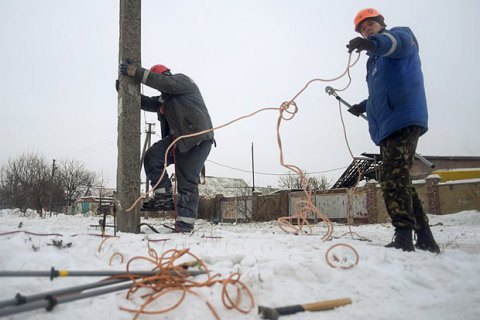 The repairs works of the power mains to Avdiyivka is reportedly completed on Monday morning, presidential spokesman Svyatoslav Tsegolko reported on Twitter.

The damage of a 110 kV transmission line on Saturday night left Avdiyivka without electricity. The located in the occupied territory Donetsk filtration plant that provides potable water to Avdiyivka and the surrounding villages, as well as part of Donetsk and Yasynuvata, was also de-energised.

On Sunday, repair crews have eliminated the damages on the territory controlled by Ukraine, but th energy supplies couldn't be restored until the removal of breakages in the occupied territories.