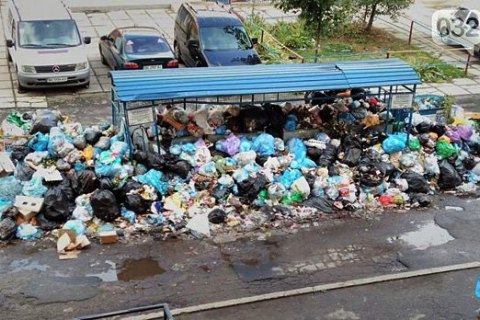 The Cabinet of Ministers in cooperation with the Lviv regional administration and local self-governments of the region have found a solution to the problem of disposal of municipal solid waste. "Garbage from the city will be exported and disposed of at landfills in other cities of the Lviv region while the Lviv City Council takes a final system decision on the way of further utilization of solid waste generated in the city," the Cabinet's website said on 21 April.

Under the memorandum signed in Lviv on Friday the city garbage will be taken to the landfills of 20 cities of the region during the next two years.

The authorities of Lviv and each of the city-signatories must sign agreements specifying the volumes of garbage.

For its part, Lviv undertook to allocate before the end of the year 70mn hryvnia for the work of landfills and the resolution of a number of social problems in the cities-signatories. Another 30mn will be allocated from the budget of the Lviv region. The same amount will be allocated in 2018. The total amount of planned financing for 20 cities in 2017-18 is 207.5mn hryvnya.

The volume of waste that Lviv is going to dispose of is expected to amount to 580 cubic meters. The largest volumes are expected to be taken by Novoyavorivsk (80 tons), Sambir (70 tons), Mykolayiv (60 tons), Drohobych (50 tons), and Stryi and Chervonohrad (40 tons each).

Lviv has ben experiencing problems with garbage disposal for about a year after the city's main dump was closed after a ruinous fire.