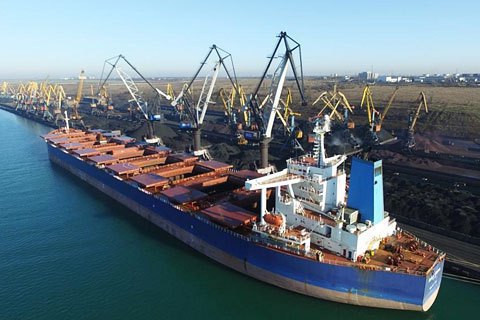 China Harbor Engineering company won a tender for dredging works in the port of Yuzhnyy near Odesa, according to a report on the website ProZorro on the results of the bids procedure held on Thursday, 20 April.

The Chinese company will carry out the dredging works opposite the berths 23, 24 and 25 for 1.065bn hryvnia. Ukraine's Administration of the Sea Ports (AMPU) expected before announcing the tender that the cost of the works would be at 1.197bn hryvnia (excluding VAT).

The same five companies have also submitted to another dredging competition in the port Yuzhny - for the reconstruction of the maritime approach channel and inland water approaches to deep-water piers. The tender procedures in this procurement will be held on April 24.

The company MV Cargo is to build a deepwater terminal Recall at the berth № 25 in the contract with one of the world's biggest grain traders Cargill. The first stage of the terminal will have a 5 million ton throughput capacity, the second stage will increase the overall capacity by another 2-4 million tons. The AMPU, for its part, undertook to conduct a dredging of the port area.

In October 2016, the company Yan De Nul Ukraine won a dredging tender in Yuzhny. Soon the publication Ukrainska Pravda published an article of a journalist turned lawmaker Serhiy Leshchenko who has discovered that Yak De Nul Ukraine has several offshore companies among its founders while the tender was held with a series of gross violations of the public procurement legislation.