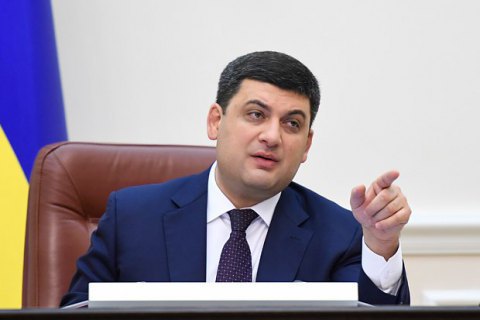 Prime Minister Volodymyr Groysman talked about the upcoming increase in pensions since October 1. "With the deficit of the Pension Fund is at 140 billion hryvnya, 85% of Ukrainian pensioners live on the verge of poverty. We are determined to reverse it and we have models that will offer in the near future. Our positions 99% coincide with those of the IMF," Groysman told Sonya Koshkina on her talk show Left Bank on 19 April.

In the words of the prime minister, the government and the IMF will find a common solution, which will make it possible to raise pensions for over 5 million Ukrainian retirees from October 1 by 200 to 1000 hryvnia.

Groysman says the recent increase in the minimum wage to 3,200 hryvnya was insufficient.

"A worker deserves to earn a normal salary. 3,200 hryvnya is not a sum that can be considered sufficient," Groysman said.

He stressed it that private entrepreneurs should pay decent wages to those workers who earn money for them.

The government has announced plans to approve the pension reform during this year's parliamentary session. Its format has not yet been determined, but it looks like the Verkhovna Rada leans toward a funded system.

Under this pension system, 2% of a worker's salary will be deducted to personal savings account with an annual 1 percentage point increase up to 7%. This cumulative contribution is going to be deduced from the personal income tax.