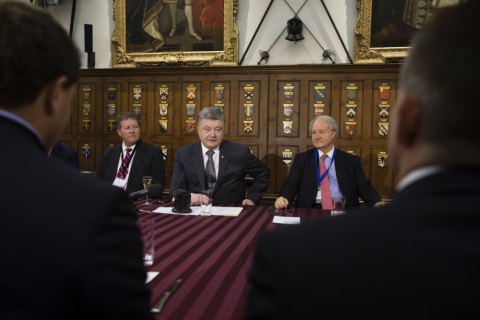 During his official visit to the UK on 19 April, Ukrainian President Petro Poroshenko met with representatives of the country's business community and announced the arrival of large port operator, Hutchison Ports in Ukraine.

The success of these projects, Poroshenko believes, will sent a welcoming signal to other investors.

One of the largest port operators in the world, Hutchison Ports and DP World are planned to come in Ukraine this year, the Minister of Infrastructure Volodymyr Omelyan said earlier. He said Hutchison Ports will start working in the port of Chornomorsk in June-July, and DP World will come before the end of the year.

Last December, Hutchison Ports signed a memorandum of understanding with the SE Sea Trading Port of Chornomorsk. The group is primarily interested in the development and management of container terminals and was studying the rear areas of berth 1-6 at the port of Chornomorsk.

The UAE DP World is interested in the projects in the ports of Yuzhny and Chornomorsk and signed a memorandum of cooperation last October 13 with Ukraine's Ministry of Infrastructure.