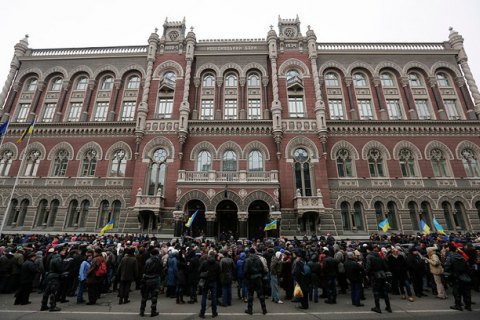 The gross domestic product of Ukraine increased by 3 percent in the first quarter of 2017, according to the National Bank of Ukraine.

"The impetus to the growth of economic activity persisted In the beginning of 2017 as business expectations were improving, and the low comparison base of January 2016 had a positive effect on the indicators of the annual activity dynamics in some sectors. However, February with fewer days compared to the previous leap year," the central bank said on 21 April in a quarterly inflation report.

The blocking of railways in the east of Ukraine that caused a rapid decline in mining and metallurgical output slowed down the GDP growth rate towards the end of the quarter. The average daily steel and pig iron production dropped 15% and 18% respectively in March over January.

The NBU expects that GDP will grow only 1.9% in 2017, a considerable deterioration against the previous 2.8% outlook.

Consumer demand in the first quarter remained subdued despite a twofold increase in the minimum wage. The seasonally adjusted level of retail turnover on average did not undergo significant changes over the previous Q4 2016.

At the same time, the National Bank hails a continued rapid growth investments, notably in the production of industrial machinery and equipment (railway rolling stock), high growth rates of construction volumes and an increase in imports of engineering products.

The NBU notes that the annual dynamics of investment was formed against the backdrop of a low comparison base.