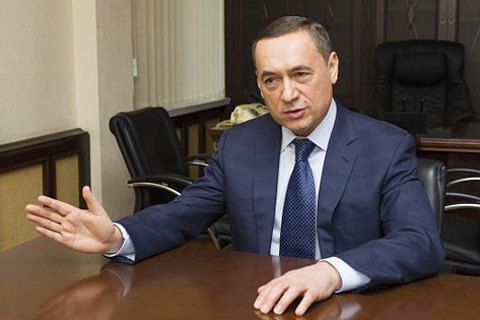 A former Stasi agent, Christina Wilkening, who was convicted last year in Germany for bribing German law enforcers in the interests of Dmytro Firtash, told the investigation that former Ukrainian MP Mykola Martynenko was among her clients.

Wilkenig's testimony led to the arrest of a police officer in Switzerland, DW was told in the prosecutor's office of the canton of Zurich. The arrest took place on suspicion of illegal use of official information. The suspect denies his guilt. The prosecutor's office did not elaborate on From who paid the alleged bribes.

However, Swiss newspapers, referring to the interrogation protocols of Christina Wilkening, reported that the bribery of a Zurich police officer took place in the interests of Martynenko.

According to a leading Swiss edition, Tages-Anzeiger, it is likely that the bribed by Wilkening policeman was tasked to reach the federal prosecutor of Switzerland, who conducts Martynenko's case. For this, the policeman was paid a 3,500 euros advance, the Swiss edition wrote referring to the documents found during the searches at Wilkening's.

According to Tages-Anzeiger, Christina Wilkening said during interrogations in Germany that Mykola Martynenko had offered from two to four million euros, in case of success, to a man who, at the head of a team of private detectives, would find contacts with the relevant persons in the Swiss Federal Attorney's Office. The team that worked for Martynenko in the Swiss case, included well-known law enforcers. In particular, according to Der Spiegel, the retirement German prosecutor Wolf-Dieter Dietrich also worked on the Ukrainian. He, as Christina Wilkening told during interrogations, compiled on Martynenko's order an analytical note for the Swiss case, in which concluded that there was no corruption in the actions of the Ukrainian deputy. The document said that about 30 million Swiss francs received from the Czech company Skoda JS was a fee "in the framework of lobbying activities." Czech Skoda JS sought to receive contract for the construction of nuclear reactors in Ukraine.

Meanwhile, the hunt for the corrupt by Dmytro Firtash and, possibly, Mykola Martynenko and the trough the mediation of Wilkening, law enforcement officers is also unfolding in Austria. DW was told by the Austrian Anticorruption Office, a criminal case was opened in this country in connection with the testimony of Wilkening. The agency provided no details. According to Der Spiegel, Wilkening, during an interrogation in Germany, in which Austrian law enforcers took part, "gave out one of her informants in Austria.

According to the German publication, an inspector with the Austrian Federal Department of Constitutional Protection received at least 90 thousand euros for secret information about the oligarchs. "Yes, there are such accusations. An involved employee was suspended from his duties for the duration of the investigation," the press service of the Austrian Interior Ministry said in response to a DW inquiry.

In Austria, as in Switzerland, a large-scale corrupt transaction related to Martynenko is being investigated. The Austrian Anticorruption Procurator's Office told DW that a probe was in progress against Bollwerk Finanzierungs - und Industriemanagement AG and Steuermann Investitions - und Handelsgesellschaft mbH on suspicion of embezzlement. The mentioned companies, registered in Austria, were the "pads" in the scheme of theft of funds of the Eastern Mining and Processing Company

Martynenko was detained in this embezzlement case on Thursday, April 20.