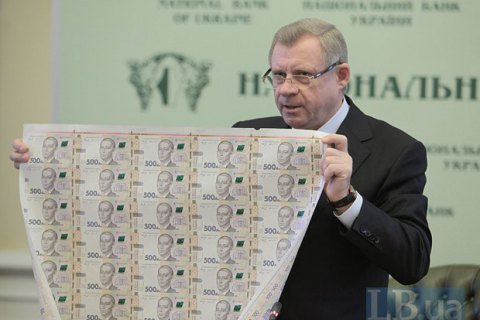 The governor of the National Bank Valeriya Hontareva steps down from May 11 to be temporarily replaced by her first deputy Yakov Smoliy.

"I have announced that I would be working until May 10. I have appointed my first deputy Yakov Vasylyovych Smoliy as acting head of the National Bank and he will carry out these duties until a new head is appointed," Hontareva told Interfax-Ukraine on Monday 10 May.

Since May 11, Hontareva will be on vacation. It is expected that the Verkhovna Rada, on the proposal of the head of state, will in the near future consider her resignation and the appointment of a new NBU governor.

The head of the NBU also stressed that she is ready to report on her work to the Verkhovna Rada.

Valeriya Hontareva – is the ninth governor of the National Bank of Ukraine. She has been heading Ukrainian central bank since June 2014.