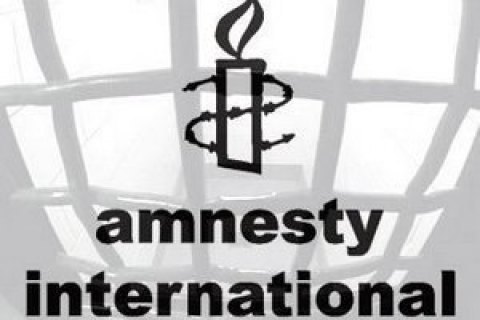 The Ukrainian chapter of the international human rights watchdog, Amnesty International, stated against the detention of peaceful demonstrators carrying Soviet symbols and described them as violation of freedom of speech and peaceful assembly.

"Peaceful demonstrators were detained in Ukraine today because of the non-violent use of Soviet symbols. We believe that the Ukrainian authorities must ensure protection of freedom of speech and peaceful assembly for all citizens," Oksana Pokalchuk, the director of Amnesty International in Ukraine said in a release posted on the AI website on 9 May.

The ban on symbolism related to the Communist Party and the Soviet past is a violation of the right to freedom of expression, while the detention of peaceful demonstrators is a step of Ukrainian authorities aimed at restriction of freedom of expression and peaceful assembly by the, she added.

All detained protesters should be released, and the violence during the May 9 demonstrations should be effectively and impartially investigated into, AI noted.

"Such measures not only do not liberate Ukraine from the Soviet legacy, from draconian laws and practices of the Soviet era, but on the contrary, throw our country back," said Pokalchuk.

During the mass events on the Day of Victory over Nazism, law enforcers seized Soviet flags forbidden by Ukrainian law on decommunization, as well as St. George ribbons. A number of protesters were detained.