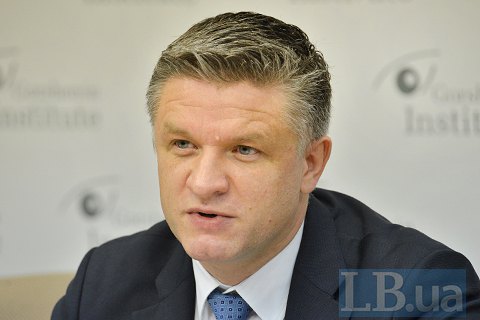 "A big niche for development has appeared for Ukrainian companies," the official told a round table conference in Gorshenin Institute.

"In recent seven to ten years, there have been moments in the history of the Ukrainian Internet, when there really were high expectations of growth, but when you compete against powerful players who have a significant financial resource to scale their services, it's quite difficult. A small vacuum that the Ukrainian developer can fill," explained Shymkiv.

Earlier, it was hard for Ukrainian companies to convince investors that they could compete with "monsters" of the Internet market. Now this problem is partially eliminated, he said.

On May 17, Russian company VTB-Invest issued a comment on the sanctions, which says that Yandex has lost one of the most promising markets," Shymkiv said, "and this creates opportunities for other companies and other players, opens up new niches."

The decision of the National Security and Defense Council, which President Petro Poroshenko put into effect on 16 May, expanded the list of individuals and legal entities of the Russian Federation, against whom sanctions were imposed. The expanded list includes 1,228 individuals and 468 legal entities. In particular, the access to social networks VKontakte and Odnoklassniki, as well as to Mail.ru and Yandex will be banned in Ukraine.