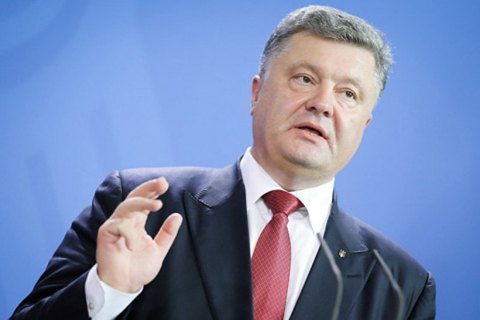 President Petro Poroshenko is convinced of the irreversibility of reforms in Ukraine. "Ukraine has stepped on the path of radical transformation and will not turn away from it!" Poroshenko said on Facebook on 28 August.

The head of state noted that over the past two and a half years, the Moody's Investors Service rating agency has upgraded Ukraine's credit rating from Caa3 ("negative" – in March 2015) to Caa2 ("positive" – in August 2017).

"The main factors stressed in the report are structural reforms, particularly in the gas sector, public procurement, changes in taxation and VAT management and transformation of the banking sector," the president said.

Moody's noted the achievements of the National Bank of Ukraine that had more than tripled the reserves over the last three years and stabilized the national currency.

In November 2015, following the successful restructuring of the Ukrainian public debt, Ukraine's sovereign rating was raised by one notch from Ca to Caa3.

The Moody's Investors Service rating agency has upgraded Ukraine's ratings in Ukrainian and foreign currency from Caa3 to Caa2 with a "positive" outlook.