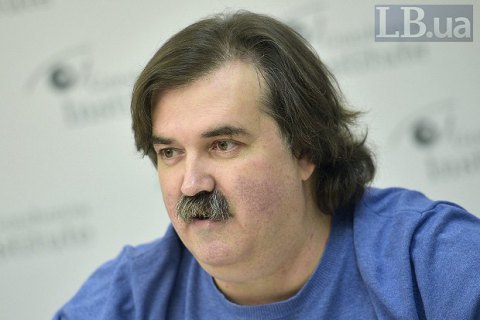 Blockchain technology is bound to change the world in the same way the Internet did in its time, one of the most reputable Internet experts in Ukraine, Oleksandr Olshanskyy of the iForum, told a roundtable at Gorshenin Institute, dedicated cryptocurrency in Ukraine.

"How the Internet was invented? In 1969 he was the ARPANET, in 1981 they invented the IP-protocol, in 1983, they moved to the IP, and until 1993 the Internet existed in the form of mailing lists. At this moment, we in relation to blockchain are about this time and guess whether mailing lists would change the world. Mailing lists would not. Cryptocurrency is like those mailing lists, a primitive use of an ultra-modern technology," says Olshanskyy.

In his opinion, it is necessary to pay attention not to bitcoin as a product but as a technology it is built upon.

"Ukraine's land cadastre has switched to blockchain technology. In the past, any registry mas made like follows: there is a justice ministry it runs a register of real estate ownership and there are [independent] notaries who contribute their data to the registry. Why the ministry cannot do it on its own? Because if the ministry would do that will be rigged. They would have retroactively made your apartment to Petrov or Ivanov, and you would be unable to prove anything, because the registry exists in a single copy - in the Ministry of Justice. A public notary is a third independent party. This is how this problem was dealt with for thousands of years. Now we got blockchain," said Olshanskyy.

Blockchain is made to make it is impossible to falsify the information contained in a chain of units, because everyone has a copy of the registry, and transactions are only possible with the consent of the majority. Each subsequent package includes a link to the previous one.

"No one can pull out a record of the middle, and if your apartment is registered on you, it will be recorded in the blockchain forever," the expert explained.

Olshanskyy emphasized that not only data can be recorded into this chain, but also a code, which will be executed regardless of someone's desire. The execution of this program will be impossible to stop.

"At this point we are only looking for practical applications of this technology. Some use it for cryptocurrency, some for ICO, etc.. As with any new business there will be billions of all kinds of abuse, but as a technology... I know only one such technology in my lifetime - the invention of the Internet. As a technology this thing will change our lives radically," said the expert.