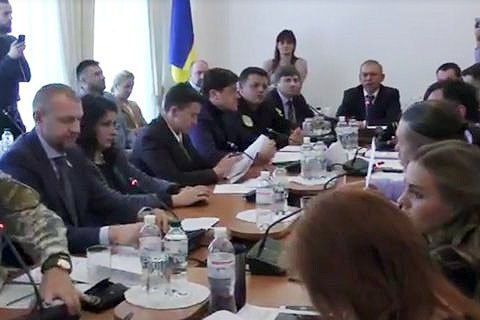 The Verkhovna Rada Committee on National Security and Defence on Thursday, 5 October rejected a presidential bill on the extension of the special order of self-government for certain districts of Donetsk and Luhansk regions.

The document was sent for revision.

The committee approved another presidential bill that recognizes the controlled "DPR" and "LPR" territories as occupied, enshrines the priority of Minsk agreements and renames the Anti-Terrorist Operation.

The lawmakers declined an alternative bill by Self-Help.

Parliamentary regulations require that bills pass preliminary review by profile committees. However, the parliament may ignore recommendations of committees.

Ukraine in the autumn of 2014 adopted a law on the special order of the local government in certain areas of Donetsk and Luhansk regions. The bill was suspended in the spring of 2015. The parliament decided that the special status will come into force after democratic elections in the occupied territories.

The validity of the law is limited to three years.