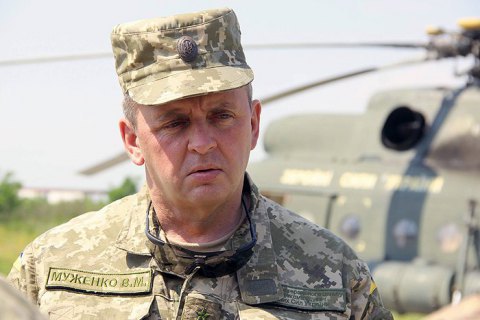 The Ukrainian parliamentary committee on national security and defence will ask President Petro Poroshenko to dismiss the chief of General Staff, Viktor Muzhenko. MPs arrived at the conclusion that his "systematic errors in ensuring the safe storage of ammunition" eventually led to the explosions in Balakliya, Kalynivka and other military warehouses.

At a meeting on 4 October, the committee also decided to seek the dismissal of the head of the Military Law and Order Service.

In a separate address, the committee called on Prime Minister Volodymyr Groysman to spend the unused funds from the budget of the Defence Ministry on improving the resistance of ammunition warehouses.

On 26 September, the Defence Ministry's arsebal near Kalynivka, Vinnytsya Region, caught fire, which led to the massive detonation of ammunition. Law-enforcement authorities believe that the explosions happened as a result of sabotage.

In March, the fire and subsequent explosions at Ukraine's largest military warehouse in Balakliya, Kharkiv Region, caused the detonation of 125-mm and 152-mm tank and artillery shells. According to the Military Prosecutor's Office, the cause of the fire was a subversive act helped by a drone.

Defence Minister Stepan Poltorak said the fire destroyed 70 per cent of 138,000 t of ammunition kept in the warehouse.