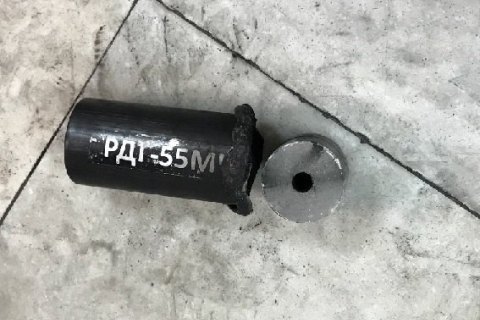 The Kyiv police department will investigate the use of a smoke grenade in parliament as hooliganism.

An investigation crew of Kyiv's Pecherskyy police department established that a smoke grenade was used in a men's lavatory on the first floor and then in the session hall of parliament.

"Plastic debris and a fused cylindrical plastic object marked RDG-55-M indicate the use of a smoke grenade used by law enforcers," police said in a report on Friday, 6 October.

RDG-55-M is a hand smoke grenade used, in particular, by the National Guard.

In the course of a heated debate on the bill prolonging by a year the law on special local self-government in the occupied areas of Donbas and Luhansk regions, unaffiliated MP Yuriy Levchenko, a member of the Freedom party, lit a smoke grenade in the session hall, which was promptly taken away by MP Andriy Teteruk.

Levchenko said that he wanted to set parliament on fire for the alleged violation of the Ukrainian Constitution.

After the incident, speaker Andriy Parubiy adjourned the session early "for technical reasons".