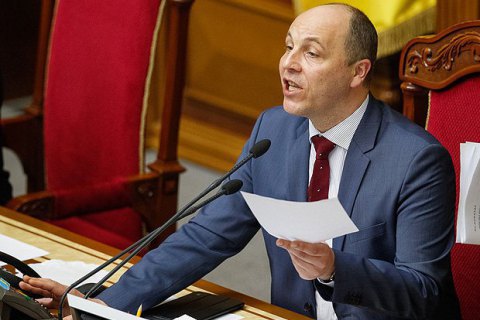 The Speaker of Ukrainian parliament, Andriy Paruby says that the Verkhovna Rada cannot yet review two of the three requirements put forward by the participants of the Tuesday rally for political reform .

Speaking at the parliament's conciliation board on Tuesday, 17 October, Parubiy stated in favour of abolition of deputy immunity "as it exists today" and recalled that two bills on immunity are on review in the Rada – one drafted in parliament and one presidential, filed earlier on Tuesday.

The problem is that none of them has been yet considered by the core committee.

As for a bill on anti-corruption court in the parliament, none them have received a positive conclusion of the Venice Commission.

Paruby promised that Verkhovna Rada will consider such bill as soon as it is submitted to parliament.

Paruby said that he fully supports the requirement of the rally to change the electoral system.

"I am the author of the Electoral Code, which provides for the election by open lists," he reminded.