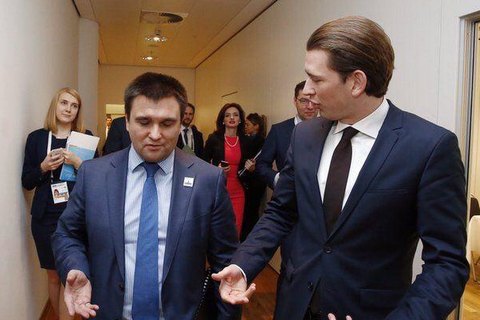 "The coming of Kurtz to the post of Chancellor is good news for Ukraine. He knows our problems, has visited Ukraine, including the contact line in Donbas," the diplomat said.

The main question now is with whom Kurtz will form a coalition.

"It looks like Kurtz's ÖVP has tired of a grand coalition with the Social Democrats (SPÖ) and sees the right-wing populist Freedom Party as a future partner. If so, the question will be how the ministerial posts will be distributed. In any case, the coalition talks are bound to be long," says Shcherba.

"Personally, I do not expect radical changes in Austria's foreign policy. However, lets wait and see at the formation of the government and its early steps," said Ukrainian ambassador.

As reported, the conservative Austrian People's Party headed by the current Minister of Foreign Affairs Sebastian Kurz was holding a lead at the 15 October elections to the Austrian Parliament with 30.2% of the vote.

They are closely followed by right-wing Eurosceptics from the Austrian Freedom Party (over 26 %), which has become a partner of the United Russia at the end of 2016.

Austria held early elections to the lower chamber the National Council after the breakup of the ruling coalition of SPÖ and ÖVP.