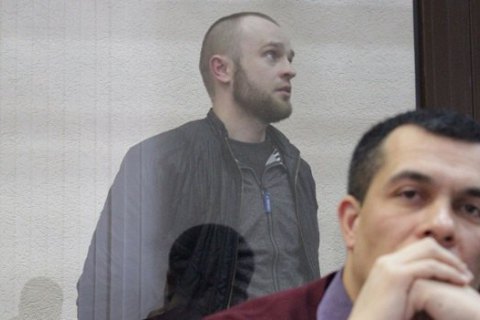 A suspect of the "Yalta Hizb ut-Tahrir case" Vadym Siruk described in a letter to his lawyer Emil Kurbadinov the pressure and intimidation in the detention center of Krasnodar, where he was temporarily held during the transfer to Rostov-on-Don jail.

Siruk's lawyer told an LB.ua correspondent that the officers of the remand center and police riot squad in the course of a "routine cell search" insulted prisoners, beaten them up and harassed by dogs.

"When the prisoners walked out of the cell riot police officers knocked them out of balance by striking them into their legs and bodies. Those who fell were grabbed and pushed forward. The same thing was done to me. As I came out with bags in my hands and on my shoulders, after a few strikes I stumbled and hit my head against the wall," wrote Siruk.

After that, prisoners were ordered to take a squatting position with hands behind their heads, face down. They were held in this position for 1 - 1.5 hours while jailers delved in their personal belongings.

Jailers took away Siruk's prayer mat and shaving set. When they discovered Siruk's the indictment in his personal belongings, the Crimean activist was taken out for a "talk", during which he was called "terrorist and an ICIS member" and intimidated.

Syruk cited the dialogue from memory: - "How did you became a terrorist? - "I'm not a terrorist." - "If you spread your radical views, you'll regret it. I'm following people like you. – "I do not have radical views, I'm only a suspect." – "Why did you read forbidden literature and watched videos? – "I downloaded books when in Ukraine, it was not forbidden then." – "Yes, everything is allowed in your Ukraine. What do you plan to do after the term? - "I have not yet been convicted." – "Look, if needs be, we can lose people like you both on camp and after."