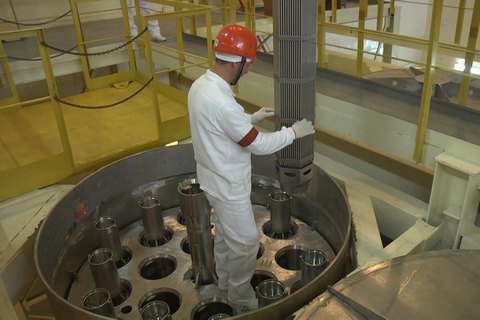 Westinghouse Company will continue to supply fuel to Ukrainian nuclear power plants until 2025, the press service of NAEK Energoatom said on Monday, 29 January.

Energoatom and Westinghouse Electric concluded an agreement on the extension of the contract, which expires in 2020. The deal provides for the supply of nuclear fuel to seven of the 15 Ukrainian NPP units during the period 2021 – 2025, which means the expansion and continuation of the current contract for six power units.

Production and assembly of fuel will be carried out at the Westinghouse plant for fuel production in Västerås (Sweden), at dedicated production lines for the production of fuel for VVER-1000 reactors. The deliveries will begin in the beginning of 2021, immediately after the expiration of the current contract.

Director of the State Scientific and Technical Center for Nuclear and Radiation Safety Ihor Shevchenko said that six power units are planned to be supplied to Westinghouse for fuel loading: two blocks at SU NPP and four at ZNPP.