Big business believes that combating corruption is a top priority for improving the business climate in Ukraine, an expert survey by the American Chamber of Commerce found. 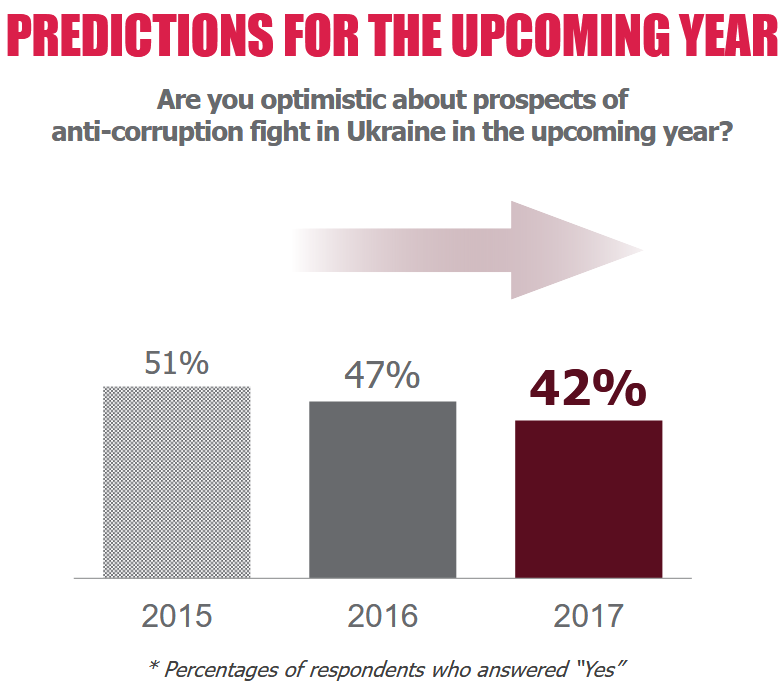 In 2017, 91% of respondents who participated in the ACC annual anonymous survey said that they faced corruption while doing business in Ukraine. At the same time, the number of optimists who believe in the improvement of the situation in the coming year shrank to 42% over more than 51% two years ago. 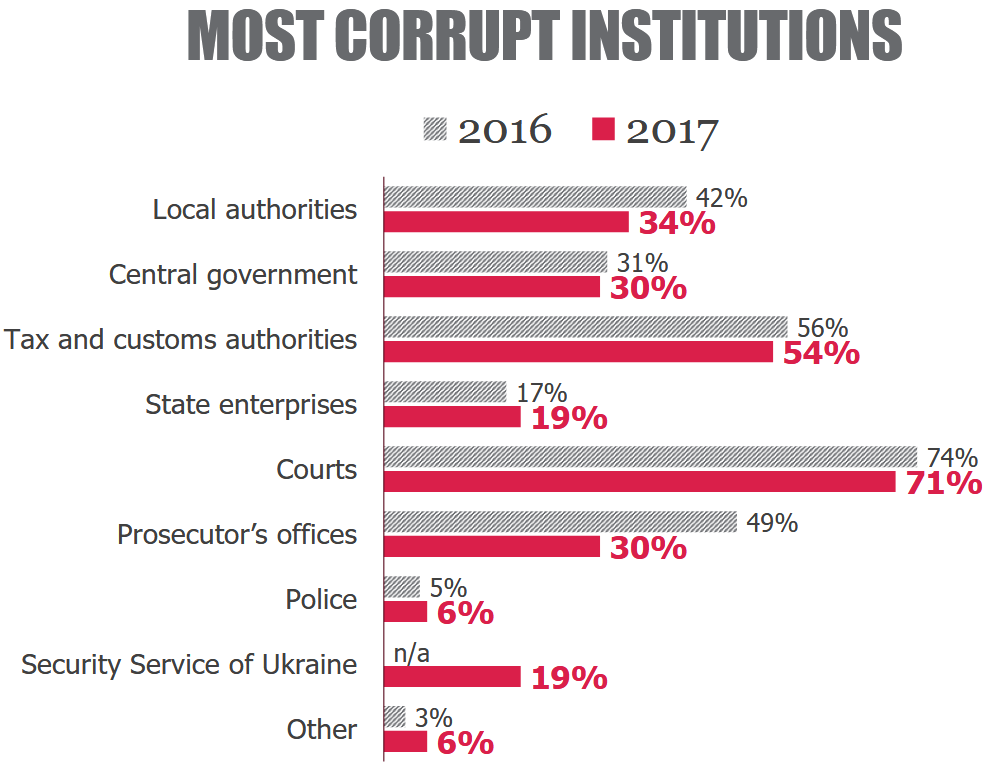 The most corrupt government body, in the opinion of business representatives, are the courts (71%) and the State Fiscal Service (54%).

Respondents believe that the main obstacles to overcoming corruption in Ukraine are lack of political will (54%), sabotage in courts (22%), national mentality (7%), poor quality of investigations (7%). 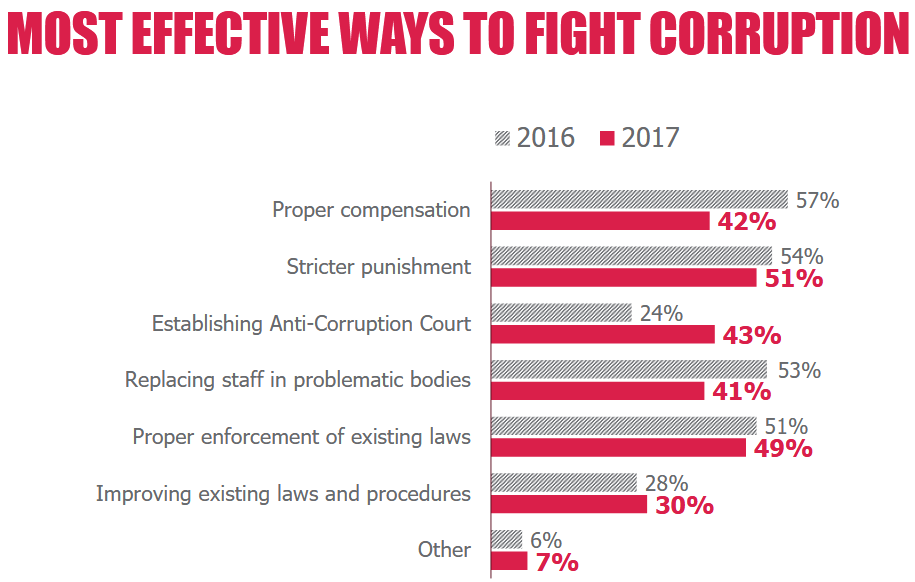 At the same time, the survey participants believe that the establishment of an anti-corruption court can be the first step that will allow real progress.

80% respondents out of 184 who took part in the survey represent international companies.