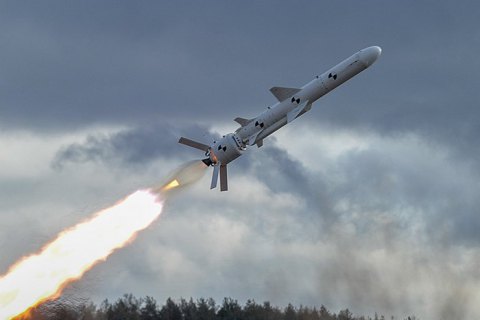 On 30 January, Ukraine successfully completed the first flight tests of a new Ukrainian ground-based cruise missile that is capable of precisely hitting ground and sea targets, the secretary of the National Security and Defence Council of Ukraine, Oleksandr Turchynov, has told reporters after the tests.

He said the weapon was designed by the state-owned Design Bureau Luch in cooperation with other state and private enterprises of the Ukrainian defence industry.

Turchynov said that the flight characteristics and operation of missiles were checked during the tests which proved to be successful.

He said the National Security and Defence Council, which coordinates the national missile programme, has set the task "to design the systems of both terrestrial and air-based cruise missiles".

"The range of our cruise missiles and their combat characteristics do not contradict international agreements signed by Ukraine for this type of weapon," Turchynov added.

The security supremo stressed the importance of the missile for the country's defence "because after the sweeping disarmament of the Ukrainian Armed Forces in accordance with the Budapest memorandum, Ukraine was left without a single cruise missile".

"Today's tests opened a new stage of the missile programme, aimed to provide our armed forces with powerful high-efficiency cruise missiles capable of hitting enemy targets at a great distance," said the NSDC secretary. He added that missile systems of this class "are an important deterrent to the aggressor".

A year ago, President Petro Poroshenko said that the country would receive missile armaments within the national Vilkha project and cruise missile systems based on the technical solutions of the Neptune project. Any information about these projects has been classified until that time.

The final tests of the Vilkha missile system took place in Odesa Region in December.