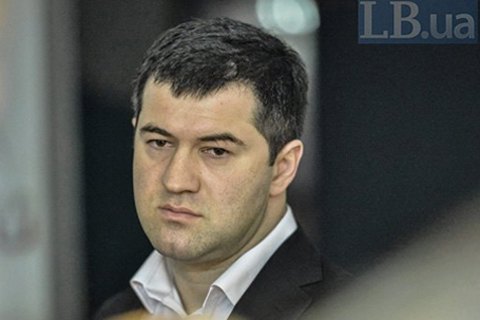 The Cabinet of Ministers at a meeting on 31 January voted to dismiss the head of the State Fiscal Service. Roman Nasirov has been suspended since last March

Two weeks ago, the Ministry of Finance asked the Cabinet of Ministers to dismiss Nasirov on the basis of information from the British Embassy in Ukraine on the official's UK citizenship.

The investigation believes that Nasirov has been involved in the so-called Oleksandr Onishchenko's gas scheme. According to the National Anticorruption Bureau of Ukraine (NABU), the suspect in 2015 took a number of groundless and illegal decisions on royalties for the use of subsoil to gas extraction companies involved in the scheme. Investigators say his actions inflicted over 2bn hryvnyas in damages on the state.

Nasirov took these decisions retroactively and without the finance ministry's approval. He concealed the fact that the companies in question had tax arrears, which was in violation of the contracts on joint activity and could have become a basis for the termination of their contracts.

Nasirov is facing three to six years in prison.