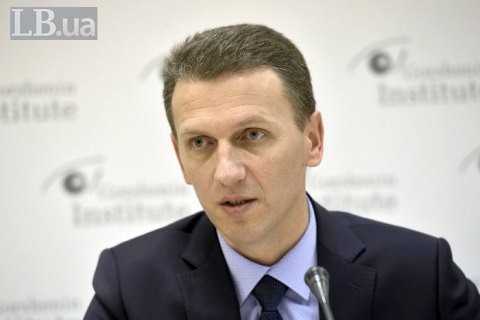 The director of the State Bureau of Investigation (SBI), Roman Truba, calls on public organizations to delegate their representatives to SBI job contest commissions to select candidates for heads of the central apparatus, directors of local offices, heads and employees of internal control units.

In a column for LB.ua, Truba stressed that as the SBI head he only approves the appointment of candidates selected by job contest commissions. At the same time, he is responsible for the result of the work of the selected people.

"What the SBI will report to the society in two years through court sentences or crime statistics depends on whether future heads of these units have the ambition to break down criminal schemes, including among involving the country's top management and have the ability to organize the work of subordinates. This will be the responsibility of SBI's director and not of external committees," Truba said.

He said he has no authority to influence the duration of job competitions and recalled that the contest for his own post has lasted for almost eighteen month.

The SBI director said a few draft amendments to the law on the SBI envisage the transfer of authority to elect candidates for senior positions in the Bureau from the external commission of an internal, but these changes have yet to be approved by parliament.

"Competition commissions should involve representatives of public associations who are recognized law enforcement experts or jurists - not only because their knowledge and experience would reinforce commissions, but also to become communicators between the SBI and the public.

"It would be only logical that the members of the Public Control Council be members of SBI competitive commissions. To date, this is not envisaged either by the Law of Ukraine On the State Bureau of Investigations or by the Cabinet of Ministers's resolution on the SBI (although we have taken this rule into account in our job competition procedure). I believe that these changes must be made," Truba wrote.

"The formation of the [Public Control] Council also takes time. Meanwhile, I call on public associations to delegate their representatives to the SBI's job contest commissions. The requirements for candidates can be found in the adds we have placed on the website of the Cabinet of Ministers and our Facebook page," Roman Truba concluded.

In previous LB.ua interviews. Roman Truba stated the belief that the SBI will start full-fledged work in July 2018.