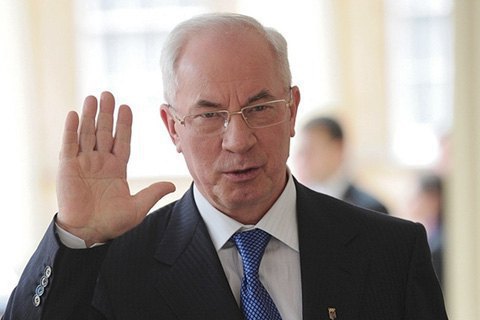 Prosecutor-General Yuriy Lutsenko wrote on Facebook Wednesday, 31 January that Azarov is believed to have been involved into the illegal seizure of worth 2.2bn hryvnia worth liquefied gas extracted by companies Ukrgazovydobuvannya and Ukrnafta.

The investigation believes that criminal organization led by Kurchenko committed serious and particularly serious crimes in the sphere of economic operations with liquefied gas during 2010 - early 2014 period.

Kurchenko purchased state-owned liquefied gas for a total of 2.2 bn hryvnya at specialized auctions well below market prices, ostensibly for the subsided household use but sold to industrial consumers at market prices.

Azarov is also a suspect in the case of privatization of Ukrtelecom.

The fugitive former prime minister is also facing charges of high treason for his public calls for the seizure of power in connection with the creation of the Committee for the Rescue of Ukraine.

In another case, Azartov is charged of abuse of office for stopping the inspection at the Antonov State Enterprise.