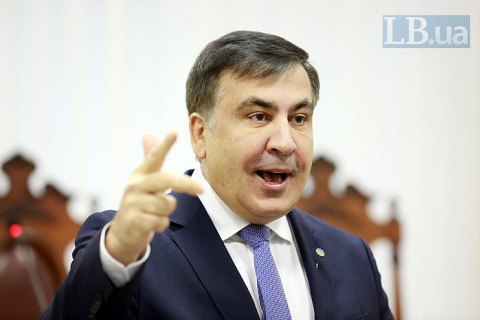 On 5 February, the Kyiv administrative appeal court rejected an appeal filed by Georgia's ex-president and leader of the Ukrainian Movement of New Forces, Mikheil Saakashvili, against the ruling of Kyiv's district administrative court.

On 3 January, the district administrative court ruled that the State Migration Service legitimately refused to grant Saakashvili the status of a refugee or a person in need of additional protection (political asylum).

Thus, its ruling entered into force on 5 February.

Saakashvili's Ukrainian citizenship was terminated in summer 2017 after it turned out that he had provided inaccurate information in his citizenship application.