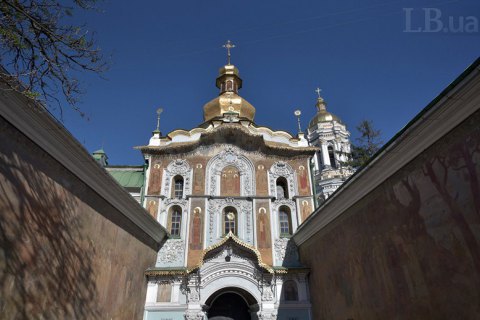 The Ukrainian Orthodox Church of the Moscow Patriarchate (UOC-MP) opposes attempts to create a single local church "with the hands of the state", the deputy head of the UOC-MP department for external church relations, Mykola Danylevych, was quoted as saying on the UOC-MP website.

"I think that it will all come up with zilch, as it happened many times in the past. There will be a lot of noise in the media, and that is it. Why? Because they are building on the foundation on which it is impossible to build in principle. They should have started with the UOC [MP], and not from its separatist parts. The jacket is not sewn to a button. On the contrary, a button is sewn to the jacket," he said.

According to him, the UOC-MP supports the idea of a unified church, but "on a canonical foundation".

Danylevych added that the president of Ukraine, who considers the issue of a uniform local church, looks as strange as metropolitan Onufriy would do if he considered the issue of NATO entry. He also advised Poroshenko not to build his election campaign on this.

Recall that on April 17 at a meeting with leaders of factions of the Verkhovna Rada, President Petro Poroshenko said that the UOC-KP and the UAOC signed an appeal to the Patriarch of Constantinople Bartholomew with a request to grant autocephaly to the new local Orthodox Church of Ukraine.

He believes that this issue can be considered at the nearest cathedral of the Church of Constantinople. Poroshenko said that Ukraine "is more than ever close to the emergence of its own autocephalous local church."

At a meeting with parliamentary faction leaders on 17 April, President Petro Poroshenko said that the UOC-KP and the UAOC signed an appeal to the Patriarch of Constantinople Bartholomew asking him to grant autocephaly to the new local Orthodox Church of Ukraine.

He suggested the Church of Constantinople may consider the issue at its next meeting.

The Ukrainian Orthodox Church of the Kyiv Patriarchate called on the UOC-MP to support the autocephalous bid.