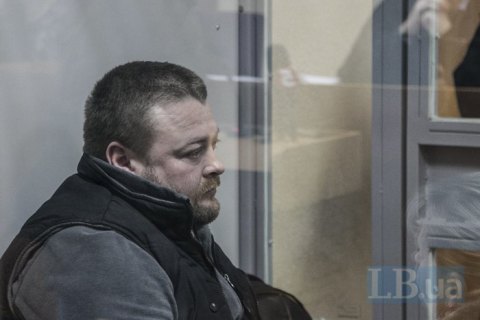 Kyiv's Podilskyy district court was to continue interviewing the commander of operative company No 2 of the Kharkiv Berkut riot police, Viktor Shapovalov, today. The court session was postponed until 27 April due to the defendant's illness, according to an LB.ua correspondent.

Shapovalov's lawyer said that he was an emergency care hospital because he required a repeated surgery. During the previous session, an ambulance care had to be called in for him. He was diagnosed with a cyst. He has not returned to a remand centre since then.

Shapovalov is accused of office abuse which resulted in the death of three people and bodily injuries of another 110 people during the Euromaydan protests in Kyiv on 18 February 2014. In April 2016, Shapovalov partially pleaded guilty and named Berkut members who were issued with combat cartridges.

The Podilskyy district court has been hearing the case since March 2016.