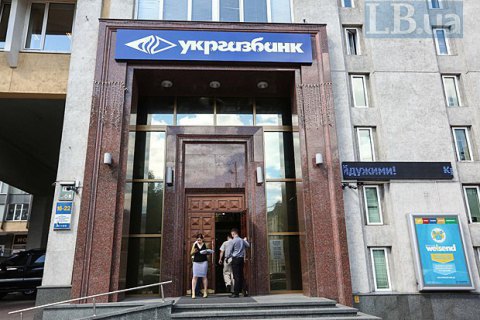 On 13 April, investigators of the department for especially important economic cases at the Prosecutor-General's Office (PGO) of Ukraine declared Ukrgasbank's former deputy board chairman a suspect in a crime, the PGO has said on its website.

"During a pre-trial investigation, it was established that in 2008-2010, the former deputy board chairman of Ukrgasbank, acting in collusion with the then head of one of the directorates of Ukrgasbank, organized a scheme for the withdrawal of public funds to the accounts of a fictitious enterprise, which was set up in advance, by issuing him with a loan of 100m hryvnyas for the purpose of further acquisition of these funds," the PGO said.

The pre-trial investigation is under way. The measure of restraint in the form of custody is being considered. Other participants in the embezzlement scheme are being identified.

UPDATE. Journalist Oleksandr Dubinskyy said that the manager in question is Oleksiy Omelyanenko. A bail of 75m hryvnyas has been requested.

Ukrgasbank was nationalized during the financial crisis of 2008-2009, together with Kyiv Bank and Rodovid Bank. Now it is one of the biggest banks in Ukraine.