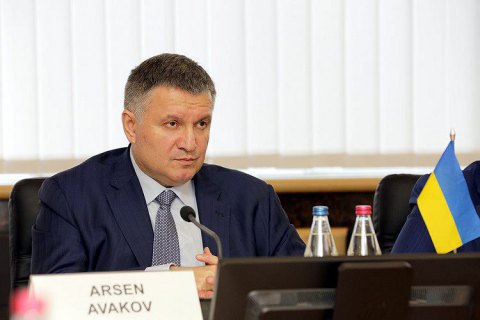 Ukrainian Interior Minister Arsen Avakov has presented his plan for the return of the occupied territory of Donbas to Ukraine. It is called "tactics of small steps, which everyone applauds", he said.

"I do not think that it is possible to reintegrate the whole territory of occupied Donbas at once. There are not enough 'blue helmets' to cover the entire territory. Therefore, I propose, conditionally speaking, to retake Horlivka or Novoazovsk District," he said in an interview with Ukrayinska Pravda.

"The plan is as follows: peacekeepers should be deployed on the border of the town of Horlivka or Novoazovsk District. The border with the occupied territory should be immediately taken under control of both the 'blue helmets' and Ukrainian border guards. After the return of this territory to Ukraine, Ukrainian judicial authorities may enter and hold elections in line with our legislation," he said. According to Avakov, it does not matter who wins this election: someone with straight pro-imperial views will win local elections in most cases, he believes.

"The main thing is to form a transitional administration based on these new bodies and representatives of the state power of Ukraine elected in line with Ukrainian law. Central authority should come in there along with the Ukrainian police forces," Avakov added.

After that, in his opinion, Ukraine should pass an amnesty law regarding all but those "who have blood on their hands, who killed our soldiers, participated in repression against civilians".

Avakov also said Ukraine would have to pass a law on "collaborators." "But the law 'on collaborators' is mandatory because it is necessary to determine the status of each person, to officially establish that they are citizens of Ukraine as anybody else," he said.