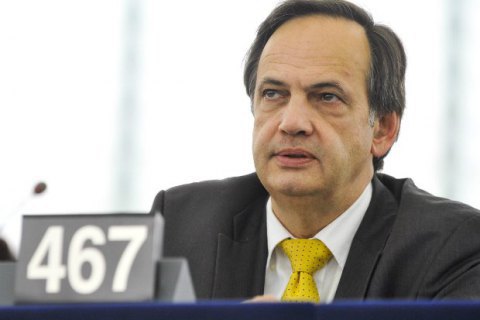 Knut Fleckenstein, a member of the Group of the Progressive Alliance of Socialists and Democrats in the European Parliament, has told LB.ua that he supports the idea of sending a UN peacekeeping mission to eastern Ukraine.

He noted that the final goal must be the full implementation of the Minsk agreements on Donbas.

"I call on all parties to show the necessary political will to fully implement the Minsk agreements. Both Ukraine and Russia must stick to their commitments, tactical manoeuvring does not bring results. Abidance by this agreement is a diplomatic and humanitarian necessity. Three years later and with more than 10,000 casualties we still cannot be satisfied with the implementation. I support the idea of sending a United Nations peace mission in order to achieve progress and remove any heavy weapons from the region," he said.

Speaking about the capacity of the existing global security system to guarantee peace and stability in Europe, he said that international law and reached agreements must be respected.

"As Europeans, it is our highest priority to maintain peace and stability in Europe and the world through multilateral cooperation and agreements. Of course, these mechanisms can only yield results if all parties involved stay committed to the international law and signed agreements," he said.

Knut Fleckenstein will take part in the discussion panel "Security Formula for Ukraine" to be held as part of the 9th National Expert Forum by Gorshenin Institute in Kyiv on 7 June. Other participants in the event include Oleksandr Turchynov, secretary of the National Security and Defence Council, Interior Minister Arsen Avakov, and the editor of the UkraineAlert blog at the Atlantic Council, Melinda Haring.