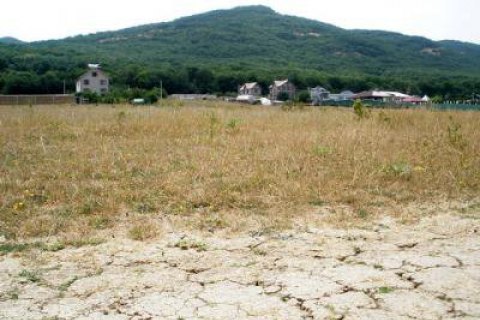 Crimea has declared an emergency situation because of drought in Krasnohvardiyske, Nyzhnyohvardiyskyy, Pervomayske and Sovyetskyy districts, the so-called prime minister of Russia-annexed Crimea, Serhiy Aksenov, has said in a resolution.

Earlier, the "Crimean agriculture minister" said that Crimea expected half of the grain harvest it had last year, around 800,000 t, because of bad weather.

According to preliminary estimates, 100,000 hectares, mostly winter crops, have been affected by the drought. The Russia-controlled agriculture ministry said the winter crops were in bad condition because of a dry autumn, "which did not allow us to do the planting in the best possible time", and a warm winter with little precipitation.

Two more districts – Krasnoperekopsk and Dzhankoy – are preparing the paperwork to declare an emergency situation.