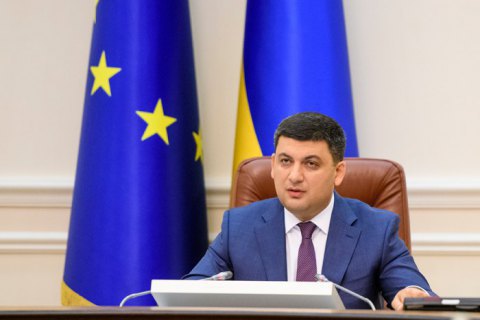 Prime Minister Volodymyr Groysman has said he will resign if parliament fails to pass the bill on the Anticorruption Court.

He made this statement at a joint briefing with parliament speaker Andriy Parubiy on 4 June.

"If this important decision is not taken, it will deeply damage both public trust in the authorities and the international image," he said.

Currently, cases which are being investigated by the National Anticorruption Bureau of Ukraine (NABU) and the Special Anticorruption Prosecutor's Office (SAPO) are heard by Kyiv's Solomyanskyy district court. The Bureau repeatedly protested against this court's decisions and demanded the establishment of a Higher Anticorruption Court. It is expected to handle all the cases filed by the NABU and the SAPO. Its rulings may only be appealed in the Supreme Court.

The establishment of the Anticorruption Court is one of the key conditions of the West to the disbursement of the next tranche of the IMF aid.

On 1 March, the bill had its first reading in parliament. Since late May, MPs have been discussion amendments to the bill before it is given the second reading.