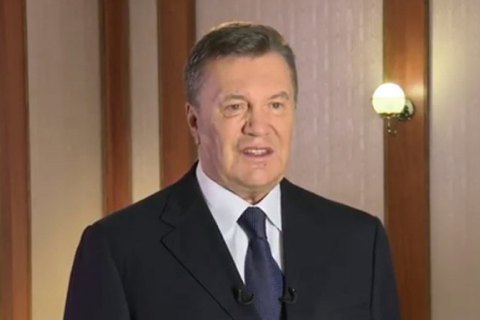 Kyiv's Obolonskyy district court is going to finish hearing the case of former President Viktor Yanukovych, who is accused of high treason, by 1 August, presiding judge Vladyslav Devyatko has said.

On 6 June, the court hear a witness of the defence, former senior navy officer Andriy Rappoport, who was an assistant to the Navy commander for special commissions during Crimea's annexation by Russia.

The witness said that during the seizure of the peninsula, the Defence Ministry did not issue a command to put up armed resistance to Russian servicemen. Rappoport also said that he was now a pensioner and lived in Crimea. His questioning lasted for about one hour.

At the next session on 8 June, the court is going to interview the ex-president's former guards.

The defence was unhappy. Lawyer Vitaliy Serdyuk demanded at least five months for the defence to prepare for the debates, noting that the deadline would have to be agreed with Yanukovych.

Devyatko said the court was very busy and if the lawyers refused to take part in the debates, the ex-president will be provided with a state lawyer.

Yanukovych is suspected of committing high treason while staying in Russia on 1 March 2014 when he sent a written statement to the Russian president, asking him to use Russian troops in Ukraine. This resulted in the loss of Crimea and state property worth over 1,080bn hryvnyas for Ukraine.