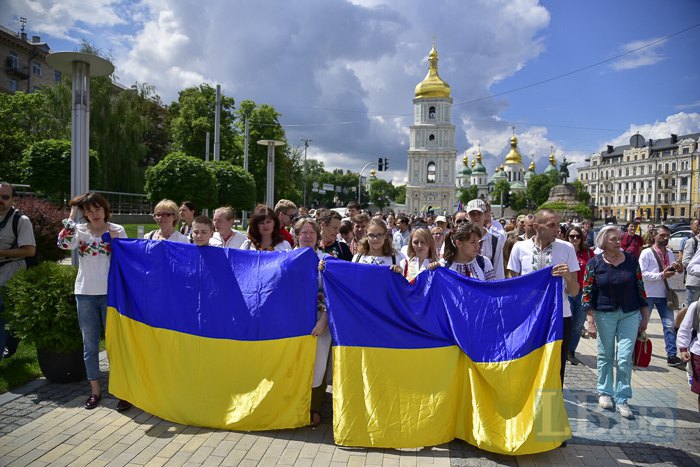 However, this path is far from irreversible: all this is counteracted by serious failures and political aberrations. Although the anti-corruption unit NABU, founded after the Maidan, proved its efficiency with many spectacular arrests of high-ranking civil servants, to date none of these cases has been brought to trial. Also, we are still waiting for an anti-corruption court, which really deserves the name. In addition, until today no officials responsible for the shootings of the Maidan have been brought to justice. There are still cases of selective application of justice against politically unwelcome persons. Critical journalistic reporting is sometimes associated with high risks for one's own life, as the case of the murdered journalist Pavel Sheremet shows. The predominantly oligarchically controlled media forbid criticism of the owner or serve as a tool for direct attacks on the political and therefore also mostly oligarchic competition. Partially paramilitary organized groups and so-called nationalist volunteers threaten to undermine the state monopoly of power and in the worst case can put the successes of the newly founded police structures in the background. Without a doubt: the last years meant good first steps. But it is still too early to speak of an irreversible path.

The economy of Ukraine is on a tentative recovery after years of decline. At the same time, however, it must be mentioned that after the severe crisis since the beginning of the war in the East and in view of the actually high economic potential of Ukraine, a growth rate of 2 percent last year in 2017 must be considered as too low. This figure is also due to the slowdown in growth due to the disruption of trade with the occupied territories in Donbass, which alone means a 1.3% growth slump and a growing current account deficit. 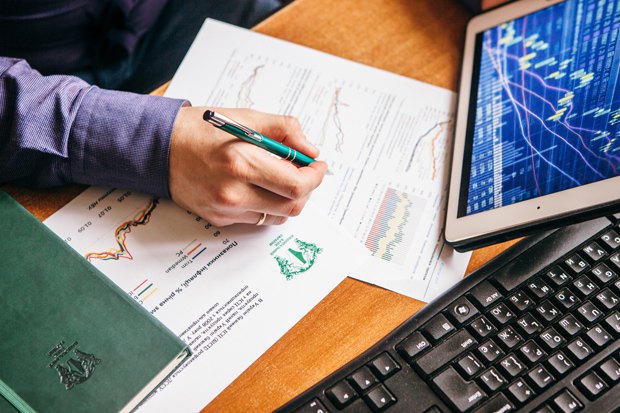 Investment, especially in agriculture, remains the main growth driver. Real wages have increased by 17.3 per cent in 2017, due to the minimum wage increase, but also the stabilization of exchange rates and the tentative economic recovery - but still below the levels of the Republic of Moldova or Georgia. The poverty rate is estimated at 24.5 per cent for the year 2017 according to the World Bank methodology, which represents a slight decrease compared to 27.5 per cent in 2015, but still a strong increase compared to 14.1 per cent in 2013 (and thus before the Maidan). It turns out that the economic and social recovery is very timid and has not reached pre-war levels in many areas. One thing is clear: only the continuation and renewed acceleration of the now hesitant reform course is the only chance to sustainably increase the living standard of the population again. This must be the highest aim of the state policy of Ukraine.

And this is precisely the problem of public debate: reforms are considered unpopular because they are seen as a further burden on people. Especially in the pre-election year, it is easier to promise people a return to yesterday than to show a way forward. This discourse is therefore to counter with courage: reform-oriented, but the social balance in mind.

The post-Maidan period did not actually bring about any improvement for many people, but simply worsened the circumstances of their daily lives: although the near bankruptcy could be prevented for the time being thanks to the help of international donors, but not without high requirements such as the drastic increase in consumer prices of energy sources, a pension reform that was practically a reduction in pensions (achieved by the subsequent entry after reaching a certain number of insurance years and the abolition of numerous privileges) and the reduction of numerous benefits of an already extremely deficit and corruption-prone health care system. In 2017 alone, about one million people apparently left Ukraine. According to the Statistical Service of Ukraine, only a little more than 42 million Ukrainians live in a country which in 1991 still had 10 million more inhabitants. The state must make progressive social policies to counter this trend. But if the government does that, it may risk trouble with the international donors. 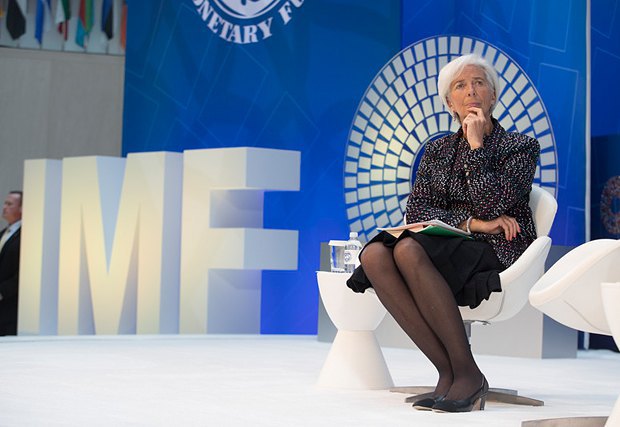 For example, the doubling of the minimum wage in early 2017 to the equivalent of just under 95 euros and the renewed increase at the beginning of 2018 to now converted almost 110 euros the IMF criticized as cost and price driving and demanded wage restraint and the dismantling of posts in the state sector. This increase is rather a correction of the loss of wages since the onset of the economic crisis in 2014 back to the pre-crisis level combined with the positive impact of measurably reducing the rampant shadow economy. It has also been shown that the minimum wage increase, unlike feared by the IMF, has had no significant impact on the employment situation. However, this story impressively shows the intensity with which international donors are applying the well-known austeritic instrument box in Ukraine. Thus, social reforms are perceived by the already devalued, and inflation-plagued population as further cuts, but not as urgent steps to reform the largely dilapidated and rampant corruption-prone social system. However, during election campaign this is again water on the mills of populist voices. A continued austerity policy threatens to boost a political force that considers the post-Maidan strategic goal of the "irreversible European election of Ukraine" a mistake. The international community, whose macro financial and advisory support is aimed at creating the European perspective of Ukraine, threatens, in the worst-case scenario, to bring about a political development in Ukraine in the medium term that is anything but pro-European or reform-oriented. Whether this be the instrumentalization of the social inequality and impoverishment of broad sections of the population for one or the staging of military strength on the other political side. The hardening of the domestic political fronts, the failure of the de-oligarchization of politics, the missing real prospect of an end to the war in the east of the country threaten to level the groundbreaking achievements of the recent years.

To speak of an irreversibility of the reform-oriented way of Ukraine resembles political naivety. Despite all its successes, it cannot be ruled out that Ukraine will fall back into a status quo ante in which the goal of European integration is at best declarative, but for which, ultimately, no serious steps are taken in the absence of a concrete membership perspective. Any populist voice that threatens to question the path of reform during election campaigns with socio-political issues is a threat to the further development of Ukraine. These populists can only be counterbalanced by balanced policies, with reforms in mind without losing sight of the social balance. There is still a chance to continue the stony path of reforms. But this course is more under threat today than ever before.