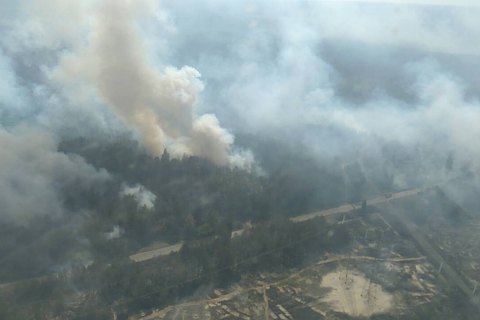 A forest fire broke out in the Chornobyl exclusion zone on the morning of 5 June.

After dry grass caught fire, it spread to a wooded area of around 10 hectares, the press service of the State Emergencies Service of Ukraine has said.

Some 29 items of hardware and 126 people are involved in firefighting efforts.

Two planes An-32P and a Mi-8 helicopter are used, which dumped water twice.

The radiation level in Kyiv and at the industrial site of the Chornobyl nuclear power plant is within the norm, according to State Emergencies Service head Mykola Chechotkin.

"There is no reason to worry. I would like to stress once again: the situation is under full control!" he added.