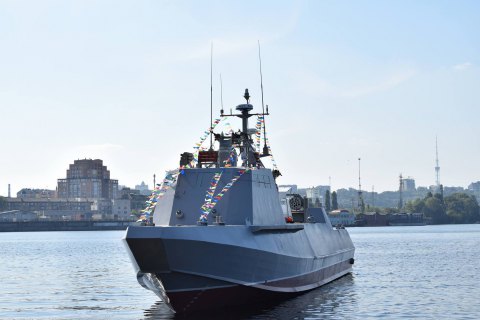 The second landing boat Kentavr (Centaur), project 58503, ordered for the Ukrainian Navy was floated out at the Kuznya na Rybalskomu plant in Kyiv today. Like the first cutter, it was conceived in late December 2016.

"Kentavr is the second project of national cutters which was designed and built by independent Ukraine. We have floated out two cutters by now and we expect more to follow," the staff commander and first deputy commander of the Navy, Rear Adm Andriy Tarasov, has said.

The first Kentavr was floated out on 14 September.

The cutter was designed by the Mykolayiv-based state-owned shipbuilding centre for river and sea patrolling, delivery, landing and fire support.