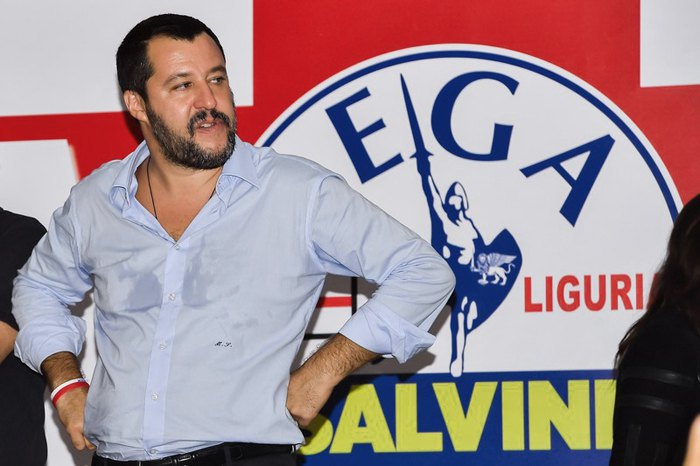 Last week the Italian weekly L'Espresso announced plans to publish a journalistic investigation, which immediately caused a stir. According to its authors, it is about an energy deal with kickbacks with the main purpose of financing the League by Russia ahead of the European Parliament elections in May.

On 17 October 2018, as report, Salvini arrived on a visit to Moscow and suddenly… "went off the radars" for 12 hours. Salvini, who likes to post photos of his breakfasts on Instagram and is always on TV, goes silent without a tweet for half a day. Later he does not answer journalists' questions about what he did beyond the protocol. But the journalists found out where the Italian far-right leader was: he was meeting Dmitriy Kozak, a man from Putin's closest circle who deals with energy issues, in the office of lawyer Vladimir Pligin.

The next morning Gianluca Savoini (we will come across this name again in the investigation into Italian mercenaries in Donbas), a former spokesman for Salvini, meets Ilya Yakunin, a colleague of lawyer Pligin. Four more persons are present at the meeting. After the compliments to Salvini, his spokesman makes a "keynote speech": "A new Europe must be close to Russia. We should not depend on 'geniuses' in Brussels or the USA. We want to change Europe together with our allies, such as Heinz-Christian Strache in Austria, the Alternative for Germany, Le Pen in France, Orban in Hungary, the Swedish Democrats in Sweden." 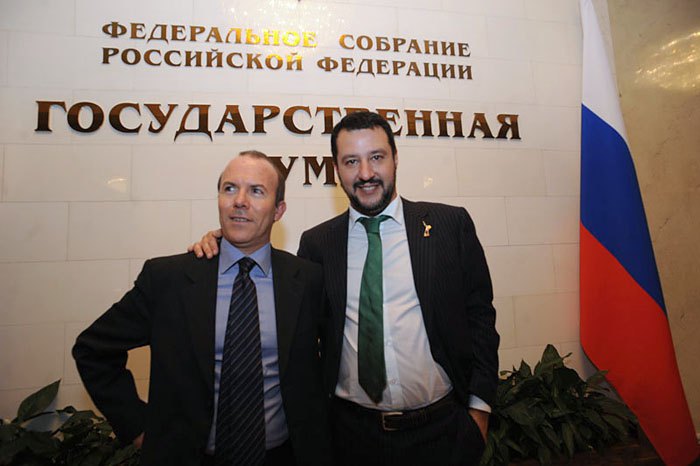 Photo: interaffairs.ru
Gianluca Savoini and Matteo Salvini during a visit to Moscow

And then they moved directly to the deal: the purchase of a large volume of Russian diesel fuel by Italians, which would be sold by Russian Rosneft and bought by the Italian state-owned (!) company Eni. Three million tonnes is to be delivered during six or 12 months with a 4% discount.

The Russians offer even a bigger discount of 6% but on condition that the "excess" will return to them as a kickback. Moreover, as it was said at the meeting, Eni will not pay Rosneft directly: the money will come through some European bank and some other Russian enterprise.

An Italian lawyer present at this meeting explained to the Russians: "Considering the 4% discount, it is 250,000 euros a month for the entire year. This will enable them to hold a campaign. It is a political issue and we want to finance the election campaign and this is beneficial for both sides."

According to the L'Espresso journalists, the meeting ended with a general agreement but some clauses were yet to be spelled out: a kind of fuel with a possible addition of aviation fuel, a place of delivery – Rotterdam or Novorossiysk, a form of kickback, etc. The journalists emphasize that their investigation was finished and they do not know if the deal was carried out. 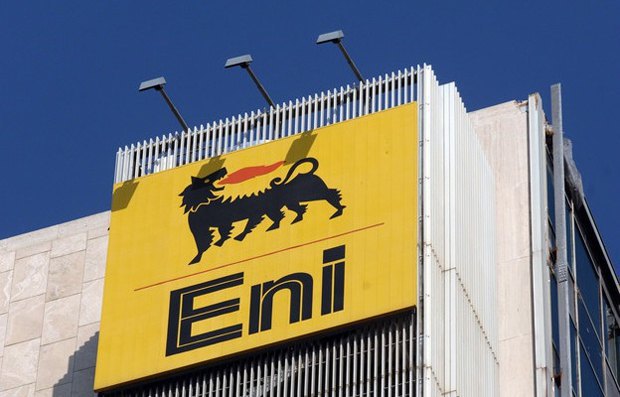 However, their moral obligation is to "throw light into the dark corners of politics". What is more, the "Black Book of the League" is to be published on 28 February. It tells about the League's Russian business. There is a network of private enterprises with low economic activity, which connect the League with other far-right parties in Europe.

It connects the party with pro-Putin propaganda and the ideologist of "ideal fascism", Aleksandr Dugin. In particular, it concerns the Orion firm in Moscow's Furmanovskiy Lane. It was founded by two League members, well-known Gianluca Savoini, whom Italian investigators suspect to be connected to at least one person accused of sending Italian mercenaries to Donbas, and Claudio D'Amico, who organized a meeting between Salvini and Putin in 2014. D'Amico was also one of the "international observers" during the Crimean annexation referendum. According to the authors of the new book, these two persons help firms to bypass sanctions and help Italian firms to move production somewhere else. After all, it all looks very "interesting" to thoughtful Italian voters. So, we have Salvini, who declares himself an ardent defender of national interests but in fact is loyal to the authoritarian regime of another country, Russia. And we have two other League members who are so worried about national interests that they help Italian enterprises to leave Italy. Not to mention the "main deal", 3 million tonnes of gas oil with a kickback that will cost people in Russia and Italy a penny.

It should be understood that the League's voters do not think about Salvini's ties with Russia. In their eyes, far-rightists "defend national borders and interests" and do their best for Italy without fearing disputes with Brussels. This information will sober up more thoughtful voters who hate the United States but do not want Italy to end up in the Kremlin's hands. 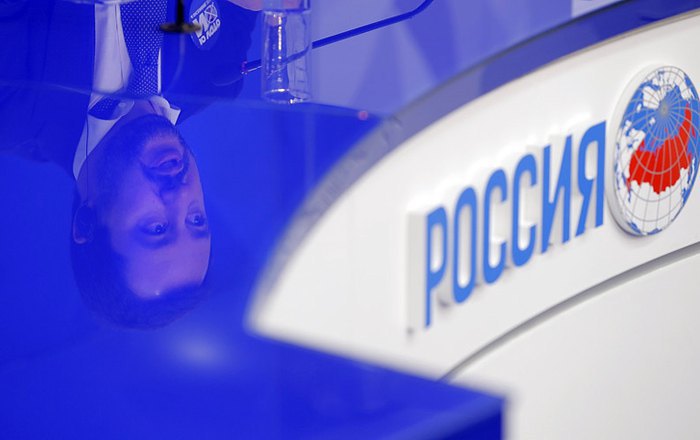 "I serve Italy and report to the Russian mass media?"

There has been no official reaction to the publication from the League or Salvini. And there may be none: the Kremlin's mouthpiece Sputnik in Italian has already said that "Salvini will not waste his time" on denying these "absurd and groundless allegations of the journalists". It is funny that the League said this to the Russian mass media, not the Italian ones.

Sputnik also insists that Salvini has never seen Dmitriy Kozak and "has never had coffee with him".

Both Russian and Italian sides are threatening the weekly with a court action. Savoini is planning to complain to court about defamation. Rosneft has also declared war on L'Espresso and La Stampa which also raised this issue. Rosneft demands an immediate denial and also threatens with a lawsuit.

It is interesting which court this would be. The branches of power in Italy are separated and judges do not issue rulings "based on calls from above". One can expect the pressure on the Italian free press to grow. What will Italian journalists – go further with the story or introduce self-censorship? Will there be an Italian "Russiagate" or not?

The Italian opposition is deeply worried and says that the published information is very serious, if confirmed, and demands official explanation from Salvini.

And what about Russia? Why does the Kremlin rely on Italy which is not the main country in the EU? The thing is that nowadays Italy looks truly isolated and is a laboratory for a "Kremlin test", as political scientists say. And if the test is successful, Italy will become a locomotive that will push a European train towards Euro-Asia right into the Kremlin's arms. There are European experts' forecasts that the League could end up second by the number of mandates in the future European Parliament.

"Russia would like the friendly regimes to take the lead in Europe in order to cancel the Russian sanctions. So long Putin has not been successful even with friendly governments such as Orban's or the one in Italy. [Italian Prime Minister Giuseppe] Conte spoke about a review of the sanctions at the beginning of his premiership but no-one in Europe suggested it. It is all about the money and Russia can offer almost nothing. Even this trick with Russia buying the Italian debt faced the Russian economic reality," an expert in Russian affairs and La Stampa journalist, Anna Zafesova, says.

So, Russia would really want to "buy" all the European radicals. And the money for this will come from Europe that will Moscow for oil and gas.