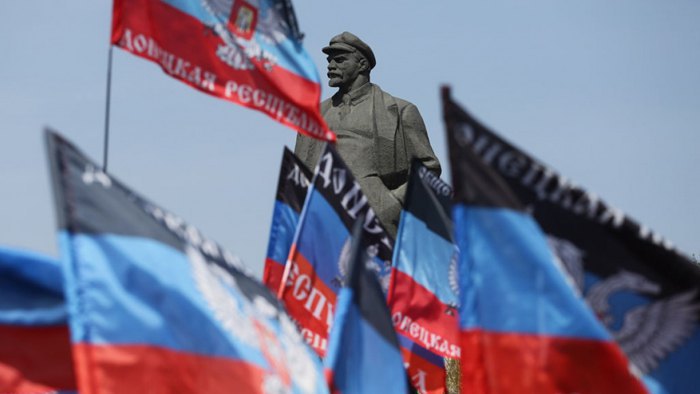 Separatist-controlled territories in the post-Soviet space — the "people's republics" unrecognized by the world — painstakingly pretend having their own working economies. But even the most superficial analysis shows that in reality, they depend on Russian funding.

After the collapse, the USSR left behind not only 15 full-fledged independent states but also a handful of strange political artefacts, the so-called unrecognized republics. These are the territories that consider themselves independent states but in reality, first, they are not recognized by the world community and, second, they exist thanks to the Russian support (military and economic).

There is some similarity (albeit with a stretch) with the Turkish Republic of Northern Cyprus which exists in practice but is not recognized by anyone except Turkey.

If you look from the outside, it seems that each of the unrecognized republics lives at the expense of its own small economy, which, in turn, largely depends on trade with its big neighbours. But a common feature of economies of the "fake states" is their non-transparency. It usually covers highly corrupt local elites and a significant share of capital of criminal origin, as well as a catastrophic situation with the protection of property rights. 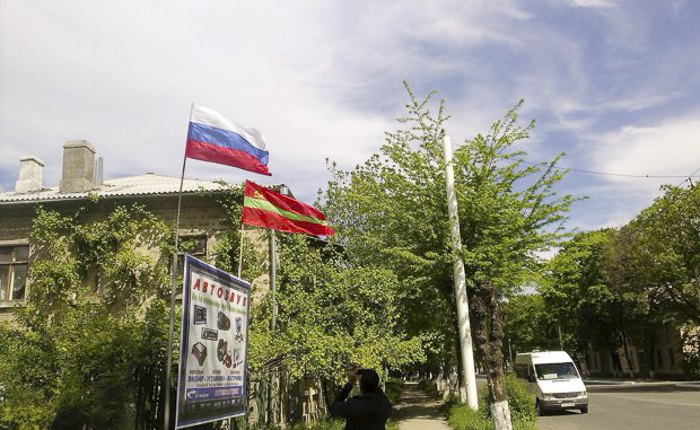 Photo: Gordonua.com/Myroslava Zayets
The flags of Russia and the breakaway Dniester region in Tiraspol

But there is something else too. Namely the fact that 80-90% of current expenses of "independent" quasi-states are covered by the Russian Federation.

Only few people paid attention to the fact that the parliaments and governments of Abkhazia, South Ossetia, DPR and LPR unanimously approved the state budgets for 2019 from February 1 to 10. However, the Russian media did not hide the fact that Russia would transfer 12bn roubles to the budgets of Abkhazia and South Ossetia alone in 2019. By the way, it is easier to analyse the breakaway Georgian regions because of the relative (very relative) transparency of their financial transactions. The reason for some "openness" is that the Russian Federation recognizes Abkhazia and South Ossetia as independent states.

So, the total revenues of the state budget of Abkhazia reach 7.5bn roubles. Of this amount, Russian financial assistance makes 4.409 bn roubles, including the Investment Programme of Assistance to the Social and Economic Development of the Republic of Abkhazia. To compare, in 2018 Russian assistance amounted to 4.291bn roubles, in 2017 it was 4.717bn roubles. 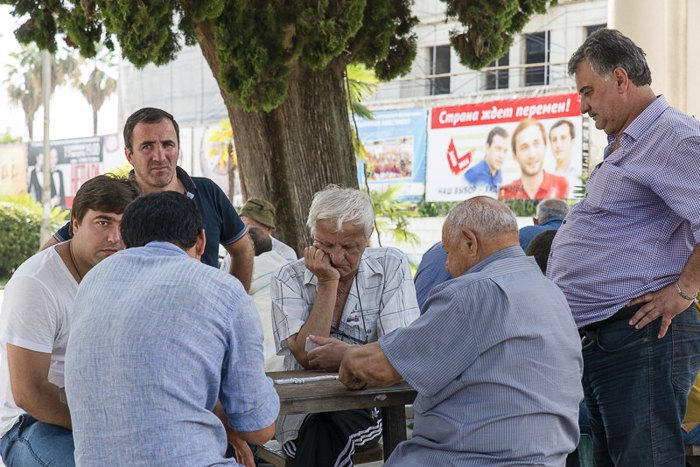 However, Russian financial injections are not limited to this. Back in 2006, Vladimir Putin signed a decree on the provision of pensions for Russian citizens permanently residing in Abkhazia. They should be on a level with pensions paid in the Southern Federal District of the Russian Federation. Since 2006, the residents of Abkhazia have dual citizenship - Abkhaz and Russian.

In turn, the budget of South Ossetia for 2019 is 8.7bn roubles. "Of this amount, the share of Russian financial assistance amounts to 82.5%," Aza Khabalova, the finance minister of the unrecognized republic, says. And this is already a success of the local economy because last year the republic’s budget consisted of Russian funding by 92.2%.

After the Russian-Georgian war in 2008 and the recognition of the "independence" of Georgia's breakaway regions, the Russian Federation essentially incorporated the Republic of South Ossetia and the Republic of Abkhazia into its financial system. The state currency of these regions is the Russian rouble, and their budgets are drafted under the supervision of "special representatives" appointed by the Kremlin.

According to official data, from 2008 to 2015, Russia transferred 71.6bn roubles to South Ossetia and Abkhazia. This only includes direct intergovernmental transfers, excluding the financing of specific enterprises and payments to the population (primarily pensions).

Everything is much more complicated in the case of the Donetsk and Luhansk people's republics (DPR and LPR). They also use the Russian rouble as their state currency. However, Russia did not recognize the independence of the DPR and LPR and therefore cannot officially include the rouble turnover in these areas in the planning of its financial system. At the same time, the occupied regions of Ukraine have five times more residents than the Dniester region, South Ossetia and Abkhazia together. Unlike the mentioned entities, the PDR and LPR have a relatively developed industry of their own, whose operation requires a considerable amount of current assets in roubles.

Since the Russian government has to hide funds allocated to the separatists in other items of expenditure, there is no specific information about the budgets of the DPR and LPR. Neither in percent nor in absolute figures - no details at all, just a "conspiracy of silence" in the federal and local media and authorities. 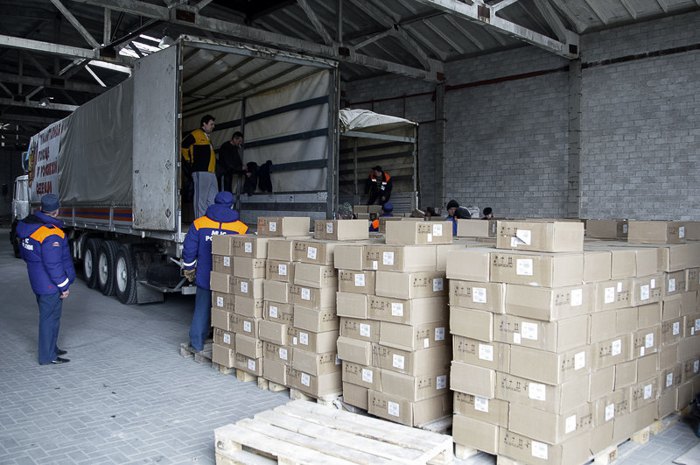 There are, of course, indirect expert estimates and fragmentary data from independent sources. For example, a former economic adviser to the president of the Russian Federation, Andrey Illarionov, says that during the Russian-Ukrainian conflict, Russia lost more than $150bn, of which, however, no more than one-fifth was spent on economic support for the DPR and LPR. He estimates the annual assistance to the DPR at $2bn but this amount does not include military expenditures. They are a separate classified type of expenditures.

Using this logic, given that the LPR population is 1.5 times smaller than that of the DPR, Russian assistance to the former can reach $1.4bn.

Here is another thing: in early 2016, Bloomberg reported that Russia transfers 2.5bn roubles a month for pensions to the DPR alone. The news agency also quoted the chairman of the DPR Central Bank, Irina Nikitina: "The economic decline in Russia did not affect payments to the DPR."

Finally, there are estimates by the reputable US private intelligence and analysis company Stratfor. According to them, Russia spends up to $5bn a year, that is 330bn roubles, on five unrecognized republics (listed at the beginning of the article). For comparison: Russia, a country of 146m people, books 656bn roubles in the 2019 state budget for healthcare. 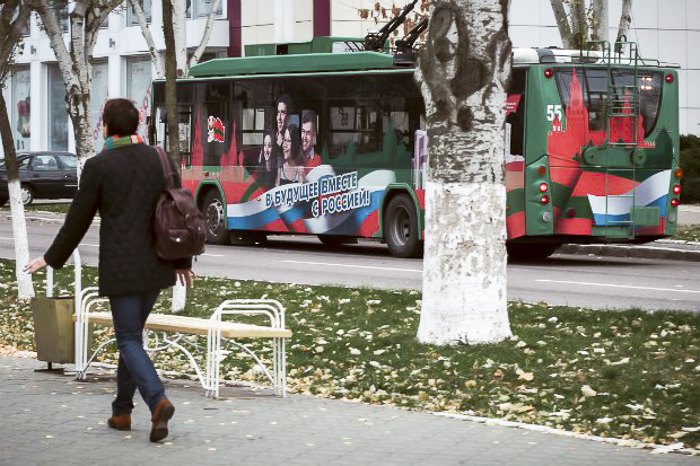 A separate issue is Russia economic assistance to Moldova's breakaway Dniester region since the 1990s. Russia spends $1.5m from its budget monthly on Dniester residents' pensions alone. Also, according to the Dniester president, the Russian government in 2018 allocated $40m to the region for the social needs of the population, the construction of housing and health facilities.

On the other hand, the Dniester region is one of the oldest separatist pseudo-states and it shares no border with Russia. Over the 28 years of relative independence, the Dniester region has developed its own economy, which is badly "skewed" (Sheriff holding totally dominates local business) but at the same time quite stable.

True, the negative balance of the Dniester region's foreign trade is a fact, so Russian transfers remain very important to the unrecognized state because they cover the budget deficit. However, the share of direct financing from Moscow in the Dniester budget is already relatively small. Most of the Russian funds come as payments to Russian pensioners and contract employees, as well as to finance current expenses and monetary allowance for servicemen of the Russian 14th army which has been stationed in the Dniester region all these years. (Let me explain that in 1995, the 14th guards combined-arms army was renamed the Operational Group of the Russian Troops in the Dniester Region of the Republic of Moldova).