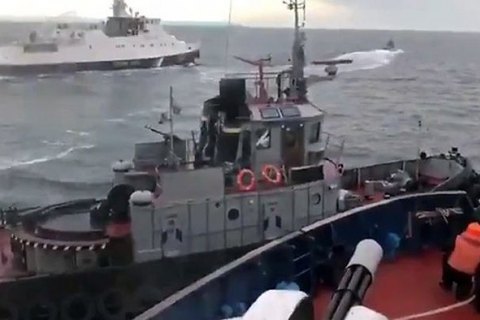 The Office of the United Nations High Commissioner for Human Rights (OHCHR) has said that Ukrainian crew members apprehended by Russian authorities in the Kerch Strait on 25 November 2018 could be considered as prisoners of war and protected under the Third Geneva Convention, according to its Report on the human rights situation in Ukraine 16 November 2018 to 15 February 2019.

"In any case, they shall enjoy the status of a prisoner of war until a competent tribunal determines otherwise. OHCHR recalls that prisoners of war must inter alia be humanely treated, protected against violence or intimidation, and provided with the medical assistance if needed," the report reads.

The Ukrainian crews then reversed and started moving towards the exit from the strait, but the Russian ships began the pursuit. They opened fire and eventually captured the ships and their crews. On 27-28 November, a Russia-controlled court in Crimea arrested all the Ukrainian sailors, including the injured ones, for 60 days. They were accused of "illegally crossing the Russian border". The arrests have been extended several times since then.