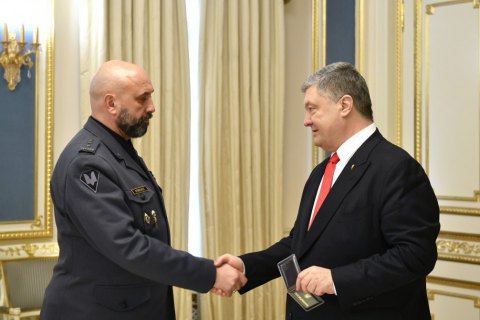 Kryvonos is the first deputy commander of the Special Operation Forces.

He was running for the president's post in the 31 March election as an independent candidate but quit the run on 6 March in favour of President Poroshenko.

"I want to instruct you to ensure and oversee in the NSDC office the issues of the retrofitting of the Ukrainian Armed Forces, other defence forces, military and technical cooperation and interaction with NATO," Poroshenko said during the introduction of Kryvonos to his new office.

"No less important task for Col Kryvonos will be to eliminate any corrupt component during the implementation of state defence order and technical supply of our army and other law-enforcement institutions," he said on Facebook.