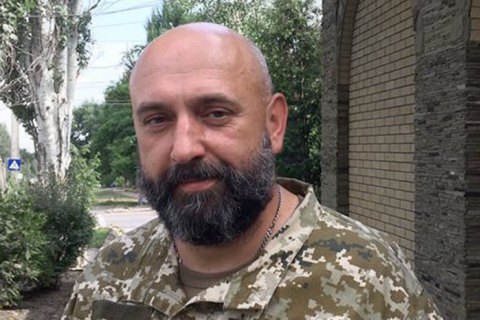 A deputy commander of the Ukrainian Armed Forces' Special Operations Forces and presidential candidate, Serhiy Kryvonos, has announced that he is withdrawing from the presidential election in favour of incumbent President Petro Poroshenko.

"I believe in today's conditions in which the state finds itself, it is unreasonable to change the Supreme Commander-in-Chief of the Ukrainian Armed Forces," he said on Facebook.

He urged his supporters "not to enter into polemics with provocateurs".