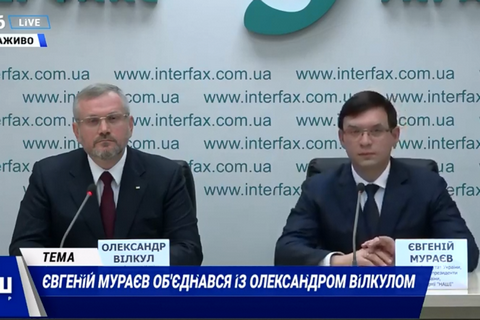 Pro-Russian presidential candidate, MP Yevhen Murayev will not stand in the 31 March election. He has decided to pull out in favour of the deputy head of the Opposition Bloc parliamentary faction, MP Oleksandr Vilkul.

"I would also like to say that have decided to merge our political forces. A unification congress would be held literally in the nearest time. We will be able to multiply our influence on political processes happening in our country," he said at a news conference.

For his part, Vilkul said that he would suggest Murayev for prime minister.