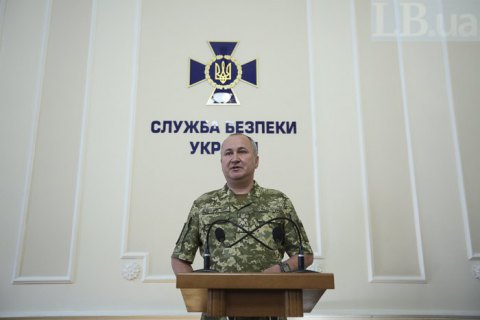 The Interior Ministry's information that the Security Service of Ukraine (SBU) was eavesdropping on presidential candidate Volodymyr Zelenskyy is wrong. By alleging this, the ministry disclosed classified information, the SBU has said.

The case is being investigated by the State Investigation Bureau, the SBU said in an official statement.

The SBU accused the Interior Ministry of disrupting the collection of data on criminal activities in the interest of the Russian special services and exposing operative and technical efforts.

The SBU said the Interior Ministry was aware of an operation with regard to a person suspected of high treason in Kyiv's 26, Biloruska Street on 4 March. The operation was authorised by the Kyiv court of appeal and coordinated with the Prosecutor-General's Office.

SBU chief Vasyl Hrytsak said that he was ready to "give the Ukrainian Interior Ministry's leadership access to the case files" to prove his statement that it has nothing to do with Zelenskyy or any other politician.

He also demanded a denial and an apology from the Interior Ministry.

As reported earlier, the Kyiv police found wiretapping equipment on the roof of a building close to Zelenskyy's office on 4 March.