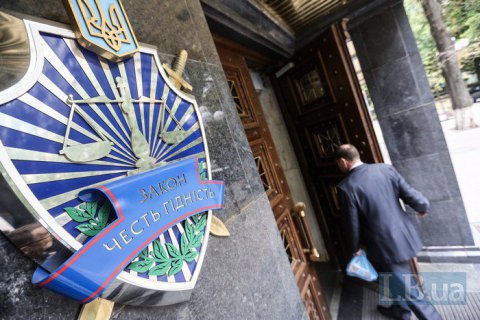 Serhiy Kyselyov, the owner of a jewelry factory, who was shot dead in Kyiv on 5 March, had nothing to do with the so-called "diamond prosecutors" case as was previously alleged, the spokesman for the Prosecutor-General's Office, Andriy Lysenko, has said.

"He was neither a witness nor a claimant or victim in the proceedings which the court has been hearing for several years now, where former prosecutors Korniyets and Shapakin are in the dock. Let me remind you that these prosecutors were detained on suspicion of accepting an especially big bribe. Therefore, any allegations on the murder of the main witness in the 'diamond prosecutors' case are false," he said on Facebook.

An unknown attacker shot dead a man in a Mercedes car in Kyiv and fled. Witnesses said the attacker was wearing uniforms similar to those worn by police. The victim was later identified as businessman Serhiy Kyselyov.

"In 2010, law-enforcement officers raided Kyselyov's premises and seized the jewels. The jewels got 'lost' later," Kasko said. According to him, Kyselyov recognised his diamonds at Korniyets's place and then testified at the prosecutor's office.

Kasko could neither confirm nor deny the fact of the businessman's murder.